Last week when it was announced that arguably the most powerful country music label in Nashville—-the Big Machine Label Group—was partnering with the 2nd biggest radio station owner in America—Cumulus Media—-to launch a brand new “classic” country venture called NASH Icons that will cover country music from the last 25 years, including releasing albums, setting up live events, and producing comparable programming for radio, there was a sense from the people that cover such things that this news was much more important than the particulars of the Cumulus/Big Machine deal itself. It seemed to be the first step in a precarious walk that country music has been on the brink of for a while now: a potential format split—a clean break for classic country and contemporary country to go about their merry ways and pursue their own fortunes, to be beholden to each other no longer, and put deep-seated resentments and incessant arguments about the direction of the genre to bed for good.

Envision a day where all the current Top 40 country that classic country fans are incensed over is segregated into its own autonomous format, with its own radio stations, and potentially even its own awards, special events and festivals. And the same could happen for classic country. It could have it’s own place to not forget the past, and respect the roots of the genre. With the announcement of the Big Machine / Cumulus deal, the daunting task of splitting country music not only looks possible, it looks like it could be mutually amicable, and a potentially pragmatic way to address many of the problems plaguing the format. 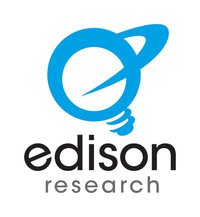 Simply looking at the research data for country radio, a format split almost seems pre-ordained. Country radio is not working, and this is beyond opinion, this is tirelessly borne out in research. Every year, radio luminaries and personalities congregate in Nashville in late February for the Country Radio Seminar, and virtually every year, a market research company called Edison Research delivers dire reports about the state of country radio and its continued slide. In 2012, Edison Research brought a study to the conference that proved that country listeners wanted more classic country on radio, and that by following the youth movement, country radio was abandoning large segments of its core audience.

“I believe that we as an industry have really made a mistake in our conception of our own stations,” Larry Rosin of Edison Research said. “While many people don’t want to listen to classic country music, some still do, and we’ve let them float away”¦We run the risk that we just are more and more pleasing to fewer and fewer people until all we are is ecstatically pleasing a tiny, unsustainable number of people.”

In 2014, Edison Research went further to explain that the same young listeners that country radio is relying on more and more are themselves relying more and more on streaming and other alternative options to radio as opposed to older listeners who tend to use radio more. Larry Rosin implored that “Country radio radio is in the fight of its life,” and that voicetracked, or non-live and non-local shows were “essentially a disaster for the radio industry.”

So the writing is on the wall that something needs to happen to country radio, and even though the research and numbers irrefutably seem to be telling country radio that the narrowing of the format to focus on youth and consolidated programming to syndicated national shows is not working, country radio seems to be powerless to change any of these trends. Money is slipping through the fingers of the country music industry because they are under serving so many of the same demographics that have always made up the genre’s core audience.

So here comes Big Machine’s Scott Borchetta, a savvy, new school-style music executive who is a master at finding holes in the market that nobody ever even knew existed, and turning them into revenue streams. As much as some classic country fans may want to decry Borchetta for deepening the youth trends in country, he himself can see there is millions being lost by under serving country’s more classic-style listeners, and he decides to do something about it.

Could a spit of country radio really be possible? Billboard’s radio expert Sean Ross, writer of the Ross on Radio column seems to think so, saying in a recent article, “By partnering with Big Machine Label Group, Cumulus has planted the seed for country radio to do something it has resisted for years: fragment into two different formats that both expose current music.”

Key to the split appears to be this 25 year mark, which as Sean Ross points out was “a period of superstar acts and mass-appeal records that were more widely heard at the time, and heard by a younger audience.” But even more important to understand is that this new “classic” format is not just about playing old songs from older artists, but playing new songs from older artists, and potentially, even older-sounding songs from newer artists. In other words, if this new classic country format becomes a reality, it could not only give a home to artists like Randy Travis and George Strait who’ve been all but forgotten by radio, it could also give a home to artists like Sturgill Simpson and the Turnpike Troubadours who play new music, but in a more classic style. The new classic format could finally be the much longed-for way to expose country’s overlooked independent artists to a wide, national radio audience.

But let’s not get ahead of ourselves. Big Machine and Cumulus could be two huge companies with a lot of sway in the music industry, but do they really have the muscle to set up an entirely new radio format by themselves? They may not, and most important to understand about the NASH Icons deal is it doesn’t just involve radio, but album releases, and other cross-format events that will certainly take into consideration the current realities of music, including the declining use of radio in general, as well as declining physical sales.

NASH Icons will be multi-pronged. But so will be the potential answer from Cumulus and Big Machine’s competition, especially if the venture is successful. It seems strange that Big Machine’s Scott Borchetta chose Cumulus as his dance partner, instead of their bigger rival Clear Channel, which Borchetta has already made a number of historic deals with in recent years. It could be because Cumulus is more focused on their NASH branding, and is willing to concede certain things to get their big ‘N’ emblem out there. But this certainly doesn’t mean that Clear Channel will sit tight and not try to launch their own classic format.

Clear Channel & Cumulus have been locked in a media arms race. When Clear Channel started adding more syndicated, national programming with personalities like Bobby Bones and Cody Alan, Cumulus launched their “American Morning Show” with Blair Garner and Terri Clark. When Clear Channel began to focus on their iHeartRadio app, Cumulus partnered with streaming app Rdio. It’s certainly not unreasonable to think Clear Channel could launch a venture similar to NASH Icons soon, and this could start a chain reaction across the country and spring a brand new classic country format into being.

Of course there is a long way to go before this is a reality, but with the announcement of NASH Icons, we’ve never been closer to a classic/contemporary country divorce. Would it be good for country music, and for country radio? That would remain to be seen, borne out in the particulars of how the new split formats formed. The classic rock format has obviously been wildly successful for radio over the years, aside from feeling tired from a lack of new music being interjected into it by its programmers. And classic rock has existed right beside “oldies” stations, which are the equivalent to the traditional country stations that exist to a smaller degree in the American radio landscape, and do quite well in certain places covering music beyond the 25-year “classic” window.

The difference between NASH Icons and classic rock though, is the new music quotient that would keep the format relevant and vibrant. We could even see the CMA recognize both “Classic” and “Contemporary” Albums of the Year, and other fundamental changes to the format to face both it’s growing reach, and widening demographics. Remember everyone talking about George Strait’s wins for Entertainer of the Year at the CMA and ACM awards as parting gifts to classic country? This could be another sign of the almost inevitable split.

Of course we may be getting way ahead of ourselves. But the possibility of a format split, and a new “classic” country format being launched is very real. And if the new format does take hold, it may dramatically change the paradigm for country music, and finally return classic-style country to the ears of thirsty listeners.