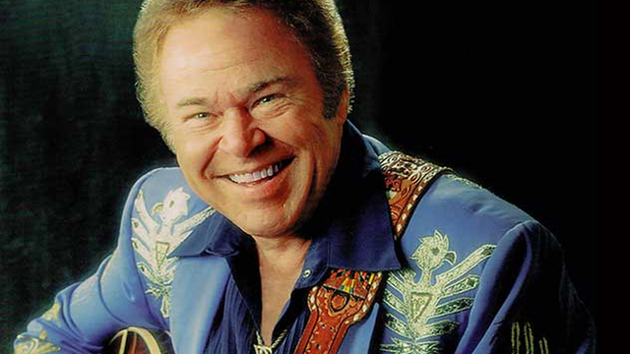 Country Music Hall of Famer, Grand Ole Opry member, and the man who introduced millions to the gift, beauty, and humor of country music, Roy Clark, has died. Clark passed away at his home in Tulsa, Oklahoma on Thursday (11-14) due to complications with pneumonia. He was 85-years-old.

Roy Linwood Clark was born April 15, 1933 in Meherrin, Virginia, but grew up in Staten Island, New York, and spent much of his teenage years in Washington D.C. area where he started playing banjo, guitar, and mandolin at the age of 14. By the age of 15, he’d already won two National Banjo Championships, and appeared on the Grand Ole Opry for the first time at the age of 17.

Clark’s music career started in earnest when he began to perform on Jimmy Dean’s television show out of Washington D.C., but it ended poorly. Regularly late to the gig’s, Jimmy Dean fired Roy, telling him, “You’re the most talented person I’ve ever fired,” but not before Clark received his first national exposure when Dean guest hosted The Tonight Show and brought Roy Clark with him. Clark then drifted between gigs, working out in Las Vegas for a while playing guitar for Hank Penny, and playing in the band of Wanda Jackson before signing his first record deal with Capitol Records in 1963.

Though Roy Clark had a few big radio hits such as “I Never Picked Cotton,” “Thank God and Greyhound,” “Come Live With Me,” and “Honeymoon Feelin’,” his main contribution would be as one of the most recognizable TV personalities in country music. First starting in television in a recurring part on the Beverley Hillbillies, he became the face of Hee-Haw with Buck Owens when the program first started in 1969. For decades, the voice, banjo, and wise cracks of Roy Clark brought the everyman appeal of country music into millions of homes.

For 21 years, Roy Clark entertained as both a member of Hee-Haw‘s “Million Dollar Band,” and a frequent performer in the show’s signature cornpone sketches. Clark became one of the most-recognizable faces in America, and his banjo picking made him a superstar in country music and beyond, including headlining the Montreux International Jazz Festival—the first country artist to every receive the distinction. His accomplishments led to Clark becoming an official member of the Grand Ole Opry in 1987, and an inductee into the Country Music Hall of Fame in 2009. Roy Clark was also the very first individual to open his own dedicated theater in Branson, Missouri in 1983, becoming the cornerstone of the country music tourist town.

Bolstered by Hee-Haw, Roy Clark won Entertainer of the Year from the ACMs in both 1972 and 1973, Entertainer of the Year by the CMA in 1973, 5 separate Instrumentalist of the Year awards from the CMA and ACMs respectively, a Grammy Award in 1982 for Best Country Instrumentalist Performance, as well as Comedian of the Year by the CMA in 1970, when that was still a thing. He released 37 studio albums in his career, and 60 singles, charting eight Top 10 hits, a #1 in 1973’s “Come Live With Me,” and saw his radio relevancy span three decades. He also has a star on the Hollywood Walk of Fame.

Clark is survived by his wife of 61 years, Barbara, his sons Roy Clark II, Meyer, Terry Lee Meyer, Susan Mosier and Diane Stewart, and his grandchildren: Brittany Meyer, Michael Meyer, Caleb Clark, Josiah Clark and his sister, Susan Coryell. A memorial service is being planned to take place in Tulsa. More details when they come available.