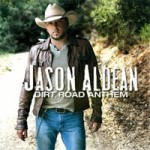 Country rap is here ladies and gentlemen. It has been milling around for a while, but now it is a full-blown chart-topping mainstream-acceptable sub-genre of country, like it or not. So what is a country purist to do? Well I have assembled a survivor’s guide to help you through the inevitable ramp up of country rap parody that Music Row is no doubt manufacturing right now to take advantage of this most ill-conceived of music trends. Here’s your guide to help rebuke some of the ridiculous claims being made by country rap apologists.

Not All Dissension Against Pop Country Is About Race

Without question, many people, if not a majority of the people that have a problem with country rap do so from a very basic reactionary stance based on race. However there are many fundamental reasons to be opposed to country rap that have nothing to do with race at all, and anybody who is willing to speak out against country rap would be wise not to bring up race as the foundation of their argument.

Proponents of country rap are playing the race card as the only reason people are opposed to it. Legendary country music writer Chet Flippo’s article on the subject seems to imply that if you embrace the traditions of country music, you must embrace ALL of them, including the racist ones like blackface comedy and David Allan Coe’s foul-mouthed period. This just simply isn’t true. You can rebuke the racist elements of country, and still rebuke country rap as well.

They also insult the intelligence of country-rap opponents by preaching to them about how the roots of country (as white music) and blues (as black music) are very similar, when many of the elements opposing country rap are the only ones truly embracing the intertwined roots of country and blues. This very site has a blues show on SCM LIVE whose motto is “saving country music with the blues.” The Muddy Roots Festival, the country’s largest independent/underground country music festival, has just as many blues bands in the lineup as country ones, with the fundamental approach of supporting all roots music, regardless of the color of those roots. Hillgrass Bluebilly’s award-winning album Hiram & Huddie put the songs of Hank Williams and Leadbelly side by side. Mainstream country has completely forgotten it’s roots, country and blues, but now brings them up as a convenient truth.

There’s A Difference Between Rapping And Spoken Word

This is the dumbest, and most insulting of the arguments for country rap, that, “Hey, Charlie Daniel’s ‘Devil Went Down To Georgia’ was the first rap song ever because he spoke instead of sang”. Please. Charlie Daniels, Red Sovine, the old cowboy country poets were speaking, and Jason Aldean is rapping, and we all know the difference, and we all know Aldean is rapping because that is the gimmick he’s employed to get people to pay attention to him. Yes, there may be some very minor aesthetic similarities between rap and spoken word, but in no way is “Dirt Road Anthem” an extension of the spoken word tradition of country music, or spoken word in country an originator of rap.

DO NOT fall prey to the idea that country rap is part of the natural evolution of the genre, and that “purists” have always been against “change”. Yes, there were some that fought the electrification of country or the introduction of drums, but rap is not a newly-introduced take on instrumentation, it is a 35-year-old artform being introduced as a last ditch effort to save a dying industry. Country rap is not evolution, it’s devolution by definition. Country music has been trying to evolve for years, but these elements have been pushed into alt-country and Americana, independent and underground channels, as mainstream country favors the quick fix that has done nothing but stultified the music and created an environment of economic uncertainty for the industry.

Country rap is not an evolution, or an extension of spoken word, it is a version of pop country, and it is important to understand this from a fundamental level. Maybe not ALL country rap is pop country, but the country rap they would play on the radio or you’d see in the charts most definitely is. Music Row knows “pop country” is a bad word to a growing demographic, so they are disguising it, re-branding it as country rap and “new Outlaw” music. But it is still a pop country derivative, and should be approached as such.

Country Rap Is Not Diversity, It Is The Death of Diversity

With the corporate consolidation of radio, we have already bled most of the local and regional flavor off the airwaves to the point where no matter what city you go to, you hear the same songs on the same formatted stations. Now it is getting to the point where you hear the same music no matter what station you’re on. How this can be sold as diversity? Diversity is keeping the differences between genres strong, and celebrating our differences instead of attempting to resolve them.

I’m sure many people think that concern for the infiltration of country rap is tilting at windmills, but the diversity issue is where this becomes about more than just music. America’s “melting pot” ideal is often cited as a primary reason for the strength of the United States. Compromising that diversity could cause social problems and economic problems beyond the world of music.

Not All Country Rap Is The Same

Do not diminish the arguments against country rap by lumping all country rap together. I am sure there has been in the past, and will be in the future, some blends of country and rap that are respectful to the roots of the music, and enjoyable to listen to while not insulting the intelligence of the listener. These projects will likely be ignored by the radio and the industry, but it is not fair to the honesty and heartfelt approach of these artists who are breeding originality through bridging artforms to lump them in with the Jason Aldean’s of the world.

In the end, the joke will be on them. Look at what happened with the mainstream blending of rock and rap. “Limp Bizkit” is now a punch line, and rock is no longer a viable mainstream genre of American music. The wise will understand that in the future, mainstream country rap will be looked back on and mocked like the pet rock or parachute pants of country. But it is still important, however symbolic, to make a stance against it, especially because of the threat that just like rock music, the infusion of rap could be the last hoary gasp of a dying genre.