Country fans who know what’s up lost their minds on August 2nd when it was revealed that Dwight Yoakam would be releasing a bluegrass album called Swimmin’ Pools, Movie Stars via well-known bluegrass label Sugar Hill September 23rd. Now we have more details on the record, including the track list and cover art.

The 11-track album features Dwight Yoakam reprising many of his signature songs (and possibly a Prince cover?) in bluegrass form. (UPDATE: Confirmed – “Purple Rain from this album IS a Prince cover). One of the big songs after the project was first unearthed was which songs Yoakam would possibly cover. Though some of the songs are some of his bigger “Hits,” a few of the tracks are a bit more obscure cuts.

Yoakam also has a mess of tour dates coming up, including an appearance at AmericanaFest the 3rd week of September. No word as of yet just how much bluegrass material may make it into the set before or after the album release. 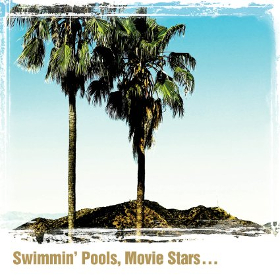