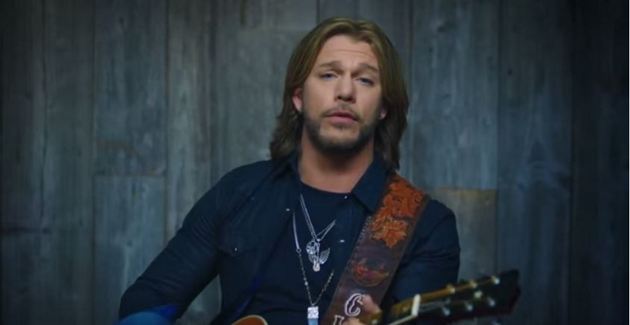 Ah yes, Craig Wayne Boyd, reigning champion of NBC’s singing competition The Voice, padawan of Blake Shelton, and touted by many to be the next great hope for traditional country returning to the mainstream. But to accomplish any of this, he was going to have to successfully hurdle the recent history of winners of The Voice of melting right back into abject obscurity after their big win. The Voice was a bit more savvy this time however, or someone was, learning from the show’s previous track record, and helped Boyd out by releasing his first single called “My Baby’s Got A Smile On Her Face” while the memory of the big win was still in the mind of viewers.

Signed to Scott Borchetta’s and Big Machine’s Dot Records imprint, Boyd has seemingly transitioned from amateur reality show contestant to full-fledged professional performer fairly seamlessly. This development also sees Scott Borchetta entering the reality show performer space with both feet, since he’s already signed up to be the mentor on American Idol and committed to sign the eventual winner of the upcoming season. Borchetta might be making the power move to monopolize this television reality show talent. And if his initial results with Craig Wayne Boyd are any indication, the strategy could be quite successful for him.

Boyd’s “My Baby’s Got A Smile On Her Face” became only the second single to debut at #1 on Billboard’s Hot Country Songs chart ever. The other #1 debut was Garth Brooks’ “More Than A Memory” from 2007. This development had the media going crazy, ready to annoint Craig as the genre’s next superstar. And this is just the beginning of Craig’s chart success. He was able to get Johnny Cash’s “I Walk The Line” all the way to #1 on Billboard’s Digital Songs chart, and #15 on the Hot Country Songs chart earlier in December. Boyd also took the old Gospel standard “Old Rugged Cross” to #7 on the charts, and Merle Haggard’s “Workin’ Man Blues” to #37 previously, bolstered by the social media bonanza that ensues through The Voice voting system that also rewards contestants for iTunes sales performance.

All of this bodes very well for Boyd bucking the trend of being a blowout in the professional ranks after the big win on The Voice. But looking at the charts the week after the release of these songs, and it exposes the boom and bust, super-famous-and-immediately-obscure-again nature of these reality show contestants. Where “My Baby’s Got A Smile On Her Face” was making history on Billboard’s Hot Country Songs chart last week, this week it has completely dropped out of the Top 25. Poof, it’s gone. Sales of the song dropped a whopping 94% in its second week, from 99,000 to 6,000. And this same fate was met by all of the other Boyd chart successes. The hyper attention of The Voice just doesn’t hold up over a multi-week time scale; it is exposed by it.

What “My Baby’s Got A Smile On Her Face” also doesn’t deliver on is the promise of Craig Wayne Boyd bringing a more traditional sound to the table he says is inspired by the likes of Merle Haggard and Hank Jr. “My Baby’s Got A Smile On Her Face” is very, very pedestrian, with a pallid, and predicable rock guitar sonic base, and a simplistic lyrical offering indicative of adult contemporary Keith Urban-style safeness. The only country instrumentation comes in at the 1:20 mark when a fiddle briefly shows up, while the lyrics never trend toward anything country-themed. The song is not bad as much as it’s just superfluous and forgettable, paralleling the chart trend that saw such a precipitous fall off.

With all the hoopla around the Craig Wayne Boyd win, the question kept being if new music after the show would hold up to the hype. It’s just one song, but so far it hasn’t. Boyd also had no hand in writing the song, despite this being one of his selling points. It was penned by Mark Marchetti and Stephanie Jones, and produced by Blake Shelton.

This is going to sound like complete poppycock to many, but studying musical performance for many years, you begin to notice that when artists are singing with forced emotion, they raise their eyebrows. And when artists are performing with true earnestness and emotion, their eyebrows lower and bear down. In the video for “My Baby’s Got A Smile On Her Face,” Craig Wayne Boy’s eyebrows are reaching for the sky, and the scenes reinforce the song’s sort of clean, safe, adult contemporary style.

Yes it’s just one song, and 1st singles tend to reach for the widest audience while Boyd’s eventual album cuts may deliver on the promise of a more traditional sound from the (potentially) burgeoning star. But “My Baby’s Got A Smile On Her Face” is as forgettable as The Voice the week after the finale.