Curb Could Use McGraw Lawsuit as Wormhole to Big Machine Secrets 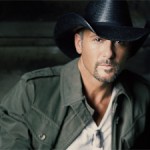 The heavyweight fight between Curb Records and and Scott Borchetta of Big Machine over the rights to Tim McGraw and his music continues, on the airwaves in the form of competing singles, and in the courtroom in the form of legal briefs by both parties in an ongoing legal battle. McGraw, who just announced a Las Vegas residency with wife Faith Hill, has been in a battle with Curb Records for years over the length of his contract.

Earlier this year, the courts ruled McGraw could begin recording new music while the court hashed out whether McGraw had actually been in violation of his Curb contract for recording his last album Emotional Traffic too early, and if he was, what the penalty should be. Meanwhile, McGraw signed with Big Machine and now has released a competing single “Truck Yeah” to the singles Curb has been releasing from Emotional Traffic.

Now the legal situation has created another potential problem from Scott Borchetta and Big Machine. In late June, Curb asked and received from the court a delay in the legal process to evaluate Tim McGraw’s new relationship with Big Machine, and asked to receive a wide range of documents and access to Big Machine materials, including McGraw’s current contract, his distributor deal with Universal Music, the ability to directly question Scott Borchetta and top Big Machine brass, as well as emails, press materials, etc. that involve Tim McGraw’s signing.

But more than just shedding light on Big Machine’s relationship with Tim McGraw, these documents and interviews could also unlock reams of Big Machine business secrets that could give Curb new strategic advantage over the much-younger Big Machine who is steadily gaining market share from Music Row’s old guard.

“Curb, having lost in its effort to stop McGraw from making music now sees the ability to use the power of this Court to gain access to the inner-most workings and financial documents of a primary competitor,” said Big Machine lawyer John Day in a legal filing.

Just because Curb requests the documents though, doesn’t mean they will receive them. They must prove the documents are relevant, will contain evidence pertinent to the case, and that there’s no other way the evidence or information can be obtained. Also, the Big Machine documents may only be made partially available, or only available to Curb attorneys in a closed-room situation.

And the stakes couldn’t be higher. Curb insists that Tim McGraw is still theirs, and that his first Big Machine single “Truck Yeah” along with 30 other songs Tim has recorded for Scott Borchetta are Curb intellectual property.

Both parties return to the court August 17th to decide what documents Big Machine must produce.

In my opinion, Curb is dreaming if they think that they will come into possession of the new Tim McGraw material and then get yet another album out of him before he fulfills his contract as they are asking for. But Scott Borchetta’s aggressive moves, signing Tim and released an unprecedented competing single before the court has decided the status of McGraw’s Curb contract opened up the possibility for Curb to receive reparations from Tim McGraw and/or Big Machine, and apparently so does the court when they ruled to delay the trial in late June. As irrational as Curb was being when they released one Tim McGraw Greatest Hits album after another to extend his contract, Big Machine was being irrational by not waiting a few more weeks for the court to make some key rulings before moving forward with McGraw.

Tim McGraw had Curb right where he wanted them–in the rear view mirror–when the court ruled he could begin recording new music. Now, it may be vice versa.