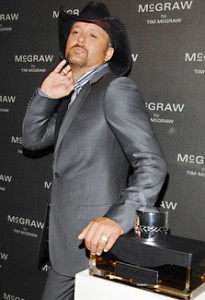 The situation with Tim McGraw has gone from dysfunctional, to immoral, to ironically funny, to now outright insane. The country music star and part-time perfume magnate’s troubles started with Curb in 2008, when the label decided to release a Greatest Hits album instead of new music McGraw had sitting on the shelf. Curb released no less than 4 individual Greatest Hits compilations in 2008 alone, and has released 7 since the year 2000. The incessant Greatest Hits releases spawned parody press coverage, that was chased by then yet another Greatest Hits release in 2010, Tim McGraw’s Number One Hits.

McGraw spoke out in 2008 about Curb’s unusual practices, saying, “I am saddened and disappointed that my label chose to put out another hits album instead of new music… I had no involvement in the creation or presentation of this record”¦ the whole concept is an embarrassment to me as an artist.”

Now Curb is refusing to put out his last album on his record deal, called Emotional Traffic, and won’t even give it a release date, despite the album being done since the Fall, and Tim currently being on a concert tour called “Emotional Traffic”. This prompted public words about his feud with the label today. From the Associated Press:

All the songs have been done for a long time, and the label has had it. It’s the last album that they have of mine, so they’re trying to hold on to it as long as they can. Whenever Mike Curb decides he’s going to play fair, it will be out.

He also called it his “absolute last album” with Curb if it kills him.

Hank Williams III, who is now officially done with Curb, had similar issues with Curb refusing to give his 2005 album Straight to Hell a release date. It finally took a court order in Hank III’s favor to get the album to the public. But even though his contract is done, Curb is still giving Hank III fits. On May 17th, Curb will be releasing Hillbilly Joker, an album Curb refused to put out when initially handed over to them in the early 2000’s. By not releasing the album until Hank III was free of his contract, it gave Curb another album above what Hank III needed to fulfill his Curb obligations. 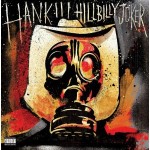 Curb has put up displays in Hastings stores and other retailers promoting the new album, which has confused many Hank III fans into thinking the album is new material. Hillbilly Joker has been circulated as a bootleg called This Ain’t Country for many years. Not wanting to give Curb any more free publicity than necessary, Hank III has stayed mostly mum about the release, though he did tell fans through Facebook when the Hillbilly Joker news initially broke, “Don’t buy it, but get it some other way and burn the hell out of it and give it to everyone.”

Curb Records has also had public feuds with LeAnn Rimes, with Clay Walker, and squandered the Hank Williams legacy by getting sideways with Hank Williams Jr., who was a long time friend of Mike Curb and helped build Curb Records into the largest independently-owned record label in Nashville. Jr. is also leaving at the end of his contract.