Curb Shows Its Ass By Releasing Single After Court Loss 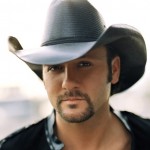 On Wednesday, Tim McGraw won an initial court battle against Curb Records in his long bout to be absolved from his Curb contract and get his album Emotional Traffic released. The win means McGraw is now free to record new music and pursue a new label “outside of his contract” with Curb, but in no way means he’s out of the woods. A full trial is set for July, when the decision will be made if McGraw was in breach of his contract, and if so, what the penalty is. Curb wants McGraw to make another original album, beyond Emotional Traffic and his contractual obligations, because they say Emotional Traffic’s music was recorded too soon after his last album.

McGraw has said before that he wants to have new music out by March. Despite the win, McGraw may still be bound by certain elements of his Curb contract, and by court orders from the ongoing lawsuit. The full findings from the judge are expected in about a week. However less than 2 hours after the court ruling came down, Curb finally moved on releasing some of the Emotional Traffic music. The verdict came down at 2:30 PM, and by 4:30 PM, radio stations and media outlets had been informed that Tim McGraw’s latest single “Better Than I Used To Be” was being released to radio.

The release of “Better Than I Used To Be” is Curb Records showing its ass. It makes Curb look desperate, and is contradictory to Curb’s own statements. The crux of their argument for not releasing Emotional Traffic is that the content is not “topical” enough, though Curb has proven over the years, this has never stopped them before. They also asserted that there weren’t any good singles on Emotional Traffic, however their first action after the court ruling was to release one, and the other single they released from the album “Feel Good On My Lips” became a #1 hit.

Record labels are rarely bound to release singles from albums unless they see fit.

Emotional Traffic could make Curb Records millions of dollars, but if McGraw is able to move on from the project and release new music with another label, it could trump Emotional Traffic’s impact. So Curb may be rushing to release a single, and may finally give Emotional Traffic a release date soon instead of allowing the content to spoil. They also might be trying to trump Tim McGraw, similar to how they did with Hank3 when they released his album Hillbilly Joker they previously rejected. Curb released Hillbilly Joker right before Hank3’s first independent releases, diluting sales of Hank3’s new albums, and confusing consumers.

Whatever Curb’s motivations or plans, it looks like the tide has turned for Tim McGraw. However the battle is far from over, and fans should not be happy about the single release, they should be wary of its motivations. Mike Curb is shrewd if he is anything, and no doubt this move was pre-calculated to coincide with the court order.

Better Than I Used To Be, Curb Records, Emotional Traffic, Hank3, Tim McGraw