Curtis Grimes Delivers on the Promise of “Undeniably Country” 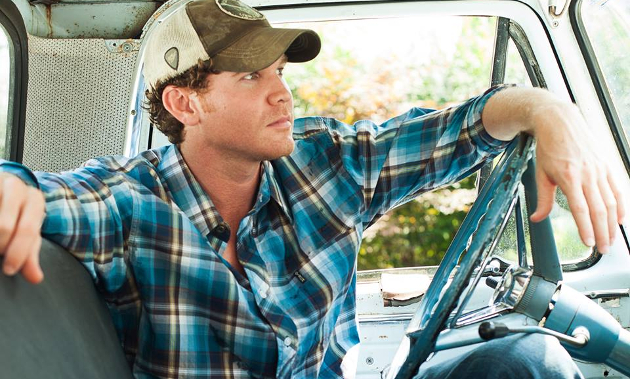 It’s always worth a chuckle when you hear someone say that country music must “evolve” to stay relevant, or hear an artist bellyache about how constricting country music is to their creativity. And then you put on a record like this and hear just how much a true artist can do with a simple message and melody, and three chords and the truth.

Curtis Grimes hasn’t spent his whole musical career specializing in traditional country, but that’s where it all started. The Austin, TX-based singer and songwriter grew up in east Texas where the influence of artists like George Strait and Merle Haggard loom large, and paid his dues playing small rooms in Austin and San Marcos before getting his big break.

The rest of his backstory is probably not particularly titillating if you’re a traditional country fan though. Grimes competed on the first season of The Voice and earned the right to open for Kenny Chesney, and that is where his country music career began in earnest. He’s spent the majority of his tenure as a Texas country radio star with songs that cut a line somewhere between Texas traditionalism and commercial radio sensibilities. Yet like so many artists recently, Grimes senses it’s time to bring the country back to country music, and in his new record, Undeniably Country that‘s exactly what he does. 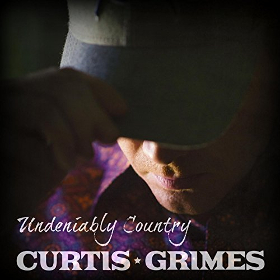 Compare this with the rhetoric surrounding Grimes’ 2015 EP Bottom of the Fifth, where the message was all about “one boot planted in traditional country and the other pointing toward something new and progressive.” Whether he’s tired of the new and progressive, or it just happens to be that the newest trend is older country, Curtis Grimes is right on target with Undeniably Country. And he not only is he taking it back to the roots, he’s taking on what country music has become in multiple songs that aren’t afraid to cut to the bone with their criticisms.

Whether it’s proclaiming that the best of country died in 1989 in “If You Ask Me,” or bemoaning what has become of Music City in “Ten Year Town,” Undeniably Country isn’t just posturing, it’s taking positions about country music it’s hard to peddle back from. Meanwhile the music of the record is country and country only, with plenty of steel guitar and fiddle, and half-cut beats and shuffles so the music meets up with the message.

Also in this quick, 8-song record, Curtis Grimes sings about his faith, whether it’s his reformation in “Had a Thing,” or direct praise in “Born To Die.” If nothing else, Curtis Grimes lets us know he’s not afraid to show his stripes on Undeniably Country, and doesn’t care whose feathers he ruffles on the way in a refreshingly candid and personal project.

Undeniably Country does leave you a little bit wanting of more with only 8 songs. “Everything Hank Did” is an excellent way to open a record like this, but as Keith Whitley fans will be quick to tell you (and some Mo Bandy fans too), this song is a pretty popular one from the Whitley collection. The single of the record “From Where I’m Standing” was actually written by the dubious troika of Thomas Rhett, Chris Janson, and Jaron Boyer, and though you can tell this from certain lines, Grimes really country’s it up, and probably turns in the best vocal performance on the record in the way he’s able to allow his voice to selectively fail in certain moments to make you feel the emotion of the story.

Curtis Grimes does write the second half of this record, but you still feel like it’s lacking a song or two to take it from the “great” to “excellent” register. Nonetheless, what you do get is pretty stellar, and this is certainly a project traditional country fans should take the time to check out.