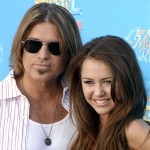 The celebrity news world has been abuzz over the last week or so after Billy Ray Cyrus admitted in an article in GQ magazine that the Disney TV Show “Hanna Montana” starring him and his daughter Miley Cyrus “destroyed my family” and that he was “scared” for Miley’s future. This comes on the heels of video of the teen star smoking Salvia from a bong and releasing a video showing her in her skives, and Billy Ray seeking a divorce from Miley’s mom.

This story is so full of classic mistakes. Who would NOT predict that a mad grab for money with no sense of morality or taste would have ended in a broken home and the downfall of a celebrity child?

Well the fallout from Billy Ray’s admissions has had a deep effect in Nashville. Music Row likes to follow formulas. When one thing works, they tend to stick with it. Taylor Swift’s success has led to other major labels scrambling to find “the next Taylor”. The same thing has been happening with labels trying to find the “Miley Cyrus of country.”

But one Nashville major label took it even further. Saving Country Music has moles in every one of Nashville’s major labels, and apparently a PROMINENT, WELL KNOWN NASHVILLE LABEL was about to launch another daddy/daughter duo cut in the same mold as Billy Ray and Miley. The idea was to have the dad be big in country, the daughter big in pop, and plan TV shows/movies/merchandise lines/ all kinds of stuff around this premise. As the idea was presented to me, it was to be, “a vast, multi-level, multi-platform, cross market super franchise with the hopes of putting the label on solid ground after years of falling music sales.”

The dad was going to be named “Michael Jackson Montgomery” and the daughter “Natalie”, just one name, “just like Sting” as it was explained to me. I’ve been unable to get many details, but there would be some slight differences between Billy Ray & Miley, for example the mother would be portrayed as being killed in a terrorist attack to drum up a lot of patriotic support, with songs and scenes of the two stars commiserating. It appears that all the stops were taking out to make sure that “Michael Jackson Montgomery & Natalie” would be a huge blockbuster success.

Now because of the Billy Ray/Miley drama, my mole at the MAJOR NASHVILLE LABEL is saying “the future of the Michael Jackson Montgomery & Natalie project is uncertain.”

Saving Country Music has obtained a rough demo for one of the songs to be released by Michael Jackson Montgomery through this MAJOR NASHVILLE LABEL. And I have to tell you, I am astonished by the boldness that Montgomery takes when talking about his daughter. It is called “My Baby’s Gonna Dance” and you can listen to it below.

Listen to “My Baby’s Gonna Dance with media player or download.

Here are the lyrics as best I can glean:

My baby’s gonna dance. Nashville’s giving her a chance.

I’m so happy in my pants. ‘Cause my baby’s gonna dance.

And it doesn’t matter that there’s not a song that she wrote, they’ll put it on the radio and shove it down your throat.

Well she couldn’t hold her tune inside a bucket, but we’ll pre-record everything and the masses will love it.

With rhinestones, a cone bra and a bleached mustache, she’ll be daddy’s prized heifer bring home the cash.

Get her some store bought tits and designer boots, and polish her horse teeth down nice and smooth

She can dance around in her underwear, as long as I’m getting my check well I don’t care.

Well the press photgraphed her naked in a Taxi cab, and she sold a million records on her way to rehab.

She’s burning her nose out and popping pills, while I wipe my ass with $100 dollar bills.

And her momma that’s way up there in heaven, ’cause she got killed by Al-Queda at a 7-11

She’s gonna rain down the tears that’ll water her soul, so she can sing her heart out so I get a new bass boat.