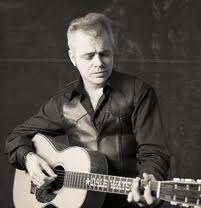 On February 4th, Outlaw Magazine published an interview with Dale Watson where the Texas-based honky-tonk singer submitted his plan for how to deal with the problem of what to call “country music” since, according to Dale, that term has been co-opted and irreversibly corrupted by Music Row in Nashville. Dale’s been throwing around his “Ameripolitan” term for years, but as Outlaw Magazine finds out, Dale is now working to organize behind the name.

“I’ve felt for a long time that the nomenclature, not just the name but the entire genre was successfully changed right under our noses and we couldn’t stop it,” Dale tells Outlaw Magazine’s Brandy Lee Dixon. “There is absolutely no way to get Nashville to stop calling their music country. They believe that it is a natural progression of country music and it’s theirs. I thought if our music is going to be allowed to grow it needs a new genre. Americana is original music with prominent rock influence, Ameripolitan is original music with prominent ROOTS influence.”

When asked why we should abandon the “country” term and not fight for it, Dale responded…

“Nashville has that term and it has been forever tainted. The reason I insisted that the new name NOT have the word country in it, is because it would always be thought of as a step child to Nashville Country.We need to start fresh. Also it’s not just about traditional country music either. Ameripolitan embraces Rockabilly, Western Swing, Hillbilly, Honky Tonk, Soloist, Duos and Instrumentalist. I think they all relate to each other and share the same roots whereas New Country has it’s roots planted in mid air and came from someones wallet.”

The main idea behind Dale’s Ameripolitan at the moment is the formation of an Ameripolitan awards show that would transpire in February 2014 in Austin, TX. The awards would be voted on by three divisions: 1) Fans. 2) Industry. 3) 100 Ameripolitan “captains.” More specific rules and a website are currently in development. 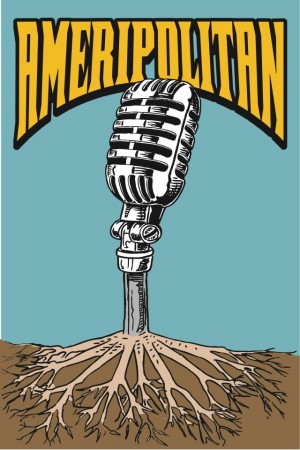 To begin by playing a little devil’s advocate, Ameripolitan could be a slightly confusing term. “politan” as a suffix means “city,” and “city” is the antonym of “country.” The suffix “politain” has also been used before in country in the term “countrypolitan.”

The term “Ameripolitan” may lead some to think that the roots of Ameripolitan music are in country’s countrypolitan past. Countrypolitan showcased artists like Charlie Rich and Charley Pride, as opposed to Waylon Jennings, Willie Nelson, and Kris Kristofferson that rebelled against the polished countrypolitan sound.

At the same time, one lesson we’ve learned over the years of trying to find a new name for true country music is that no term is going to be perfect. You just have to find one that fits, and go with it. Americana continues to fight to define itself (or to defy definition), yet it has seen tremendous growth over the last few years and has built remarkable consensus and infrastructure despite the ambiguity. A term Saving Country music once can up with, “Anti-Country” had its baggage too. In the end, to hold back the idea of unifying the music under a common term until a perfect term can be agreed upon is probably not smart, because that perfect term may not exist.

The other issue is the idea of relinquishing the term “country” to Music Row. I would be lying if I said this is something that I am comfortable with. At the same time I can’t see why Ameripolitan can’t move forward while the battle rages on for the heart of country music in a different theater. The fight for country music has always been one to transpire on multiple fronts, and Ameripolitan might create the infrastructure and strength in numbers true country needs to finally create a counter-balance or a legitimate alternative to Music Row.

A lot is still to be determined, but Dale Watson’s leadership has created an opportunity. By giving Ameripolitan a 1 year lead time to form a system gives Ameripolitan the benefit of a broad, unrushed perspective. By setting simple guidelines to make sure Ameripolitan’s formation has constructive input from fans, the industry, and a select group of people who will keep a watchful eye on the purity and direction of the term gives it strength and a pathway to consensus building.

Ameripolitain will not be perfect, but nothing is except the airbrushed faces and Auto-tuned voices of Music Row, and who wants to hear or see that? We should all move forward with an air of pragmatism and an understanding that discussion and constructive criticism is necessary to creating a healthy environment, but I don’t see any reason not to give Ameripolitan a chance to develop.