Dale Watson Is Taking His Chicken $hit Bingo On The Road 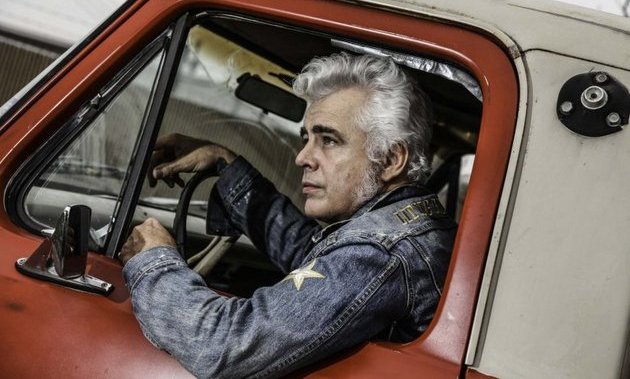 Have you heard about the legend of Dale Watson’s “Chicken Shit Bingo”? He’s been hosting the event on Sundays since 2000 at places like Austin’s legendary Ginny’s Little Longhorn Saloon, and now at his own bar just outside of San Antonio in St. Hedwig called the Big ‘T’ Roadhouse. If you’re ever in central Texas and want a dose of full fledged Texas authenticity, it is a sight to see.

The premise is that you mark off the floor of a chicken cage in a grid, then sell tickets corresponding to the squares. And wherever the chicken does his business, a winner is declared. If it sounds like a hoot of a time but you happen to not be able to make it down to a honky tonk in Texas, that’s okay, because Dale Watson is bringing the Chicken Shit Bingo experience to you, and in a couple of forms. 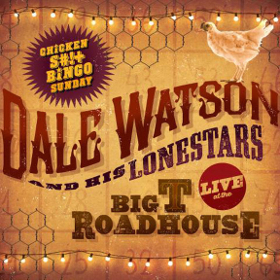 On August 19th, Dale Watson will be releasing his latest record called Live at the Big ‘T’ Roadhouse, Chicken S#!+ Sunday via Red House Records. Mixed in with the Chicken Shit revelry, you’ll hear Dale Watson and his Lone Stars perform classic Dale Watson songs like “I Lie When I Drink,” and “I Gotta Drive,” as well as covers such as Jerry Reed’s “Amos Moses” and Merle Haggard’s “The Bottle Let Me Down.”

But just in case the magic of Chicken Shit Bingo doesn’t translate for you coming out of a pair of speakers, Dale is bringing the Chicken Shit show on the road as well.

“If you take music on the road you might as well take the Texas experience on the road too. It’s all in fun, just having a little bit of our southern heritage out there,” Watson tells The Guardian about his decision to bring Chicken Shit bingo with him. “I seen it in Bellflower, California, back in the 80s when I was doing a house gig. Back there they did it illegally. They locked the doors and only let people in they knew and the house took a cut. Whenever the house takes a cut that’s when it’s gambling. We don’t do that. The money goes to one person.”

And for those wondering if playing bingo with a chicken might cause Dale Watson to run “afowl” with animal rights folks, Dale insists, “When we first started it, PETA came out but we got the longest living and probably the only chickens in the US who have their own vet. I think they were pretty satisfied with the fact that it’s all in fun and we’re not making chicken doing anything it don’t normally do … We thought maybe it would go maybe a month. We didn’t think it would be such an amazing hit that it was.”

No specific news yet of which upcoming tour dates might feature a live version of Chicken Shit Bingo, but keep an eye on his tour dates and get those Chicken Shit dollars ready.