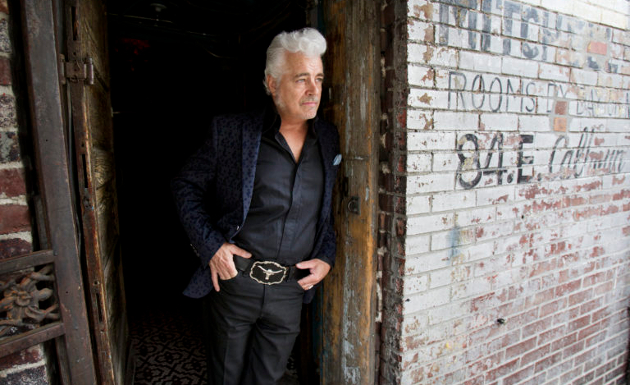 It’s been a long wait for a new album from the regularly prolific Dale Watson, who’s made a habit over the last decade or so of releasing records a clip of a couple a year. His last record of original material was early 2017’s Dale & Ray with Ray Benson. But the wait will be over on February 15th, 2019 when Dale will make his return on Red House Records with Call Me Lucky.

What has Dale been doing this whole time? He’s been setting up a second home in Memphis, Tennessee, and that comes through on this newest record, which among other Memphis-based tie-in’s was recorded at the Sam Phillips Recording Studio, and includes some Memphis musicians such as W.S. “Fluke” Holland (Johnny Cash’s drummer), and a horn section on select track to go with his legendary 3-piece backing band, His Lone Stars.

Though Dale still splits his time between Austin where he owns a home, he’s sold all of his interests in the bars in Austin and the surrounding areas, including “Big T’s” west of San Antonio. He then purchased Hernando’s Hideaway in Memphis to help give artists a touring haven in the town. 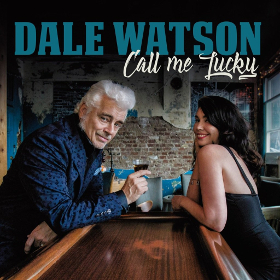 “Memphis is an amazing city,” Dale Watson says. “It reminds me of Austin back in the ‘80s but it’s got more roots than any town I’ve ever been to, especially the musical roots. And the people that were there then, a lot of them are still there now.”

In Sun Studios fashion, folks can expect Dale Watson and the new Call Me Lucky album to keep it sweet and to the point. “I’ve always been a fan of keeping songs short,” Watson says. “Long ago, I went to a library and checked out Tom T. Hall’s ‘How I Write Songs.’ And in there, he said it’s not about keeping the songs short, it’s keeping the point. Make your point and get out. That’s always been my way of writing. There are some songs I’ve written that go on a bit more like a story, but I guess it’s probably my ADD that I don’t drag it out too much.”

Ahead of the album, Dale has released the very Memphis-inspired “The Dumb Song” (listen below), which features W.S. “Fluke” Holland on drums (and shouting “Yes!” at the end). He wrote “Call Me Lucky” while thinking about two dedicated lady fans who love to take their picture with each kissing Dale on the cheek each time he rolls through town. “Haul Off and Do It” is a song he’s been featuring live for a while, and “You Weren’t Supposed to Feel This Good” is about fellow performer Celine Lee.

“I write a lot. It doesn’t mean I write good songs, but I do write a lot of songs,” Dale says. “So I think as with anything, you keep at it and you get better at it. But as for writing just a simple country song, I can accept that I’m good at that. I’m just really, really grateful to be able to do what I do for a living, for as long as I’ve been doing it.”

Call Me Lucky can now be pre-ordered, and will arrive right before the 2019 Ameripolitan Awards in Memphis on Monday, February 25th.