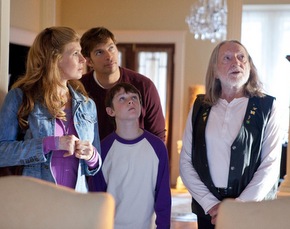 One of the most anticipated country music events of the holiday season has been the release of the film Angels Sing that includes an All-Star country cast of legends and current greats like Willie Nelson, Kris Kristofferson, Lyle Lovett, Harry Connick Jr., Dale Watson, The Trishas, and many others. Well now a soundtrack for the movie is being made available with a lineup and track list to make classic country fans drool. Dale Watson, The Trishas, Guy Forsyth, Carolyn Wonderland, and of course Willie Nelson and Lyle Lovett all lend their voices to the Angels Sing soundtrack, set to be released on December 17th and available for pre-order now.

Angels Sing is based off a novel of the same name released in 1999 by Turk Pipkin. The film stars Harry Connick, Jr. who meets Nick (Willie Nelson) who sells him a house at half price, but only if he will keep up the traditions of the house and neighborhood, including maintaining the house as the centerpiece of the neighborhood’s Christmas celebration.

Kris Kristofferson plays Harry Connick Jr.’s father, Connie Britton from ABC’s Nashville plays Connick’s wife, and Lyle Lovett plays one of the neighbors. The film also includes cameos from The Trishas, Texas swing legend Ray Benson, Dale Watson, Sarah Hickman, Marcia Ball, Guy Forsyth, Joel Guzman, Kat Edmonson, Miss Lavelle , Eloise DeJoria, and others. The film is based in Austin, TX. Music wasn’t a part of the original script, but director Tim McCanlies saw a unique opportunity with so much music talent on the set to make it a seminal part of the movie.

You can listen exclusively to Dale Watson’s “Christmas Time In Texas” from the Angels Sing soundtrack below ahead of the release. And if you leave a comment below telling us your favorite Dale Watson song, it will make you eligible to win one of 5 digital copies we are giving away of the soundtrack! And if you can’t pick just one favorite Dale Watson song, list them all! Just make sure you include your real email address when prompted by the comment forum so if you win we can contact you. 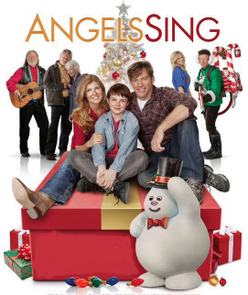 Check For Showings of Angels Sing In Your Area