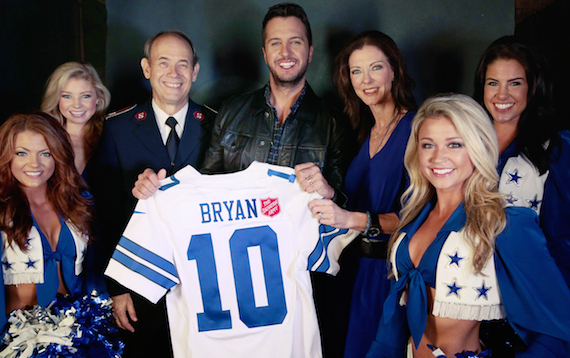 “We’re going to get through this as a team,” says Dallas Cowboys Head Coach Jason Garrett.

In a season that started out so promising for America’s Team, including a 2-0 record with key wins against division opponents and a roster that some believed was good enough to make another run at the Super Bowl, adversity has struck once again.

Before the 2015 football season even started, the Dallas Cowboys franchise lost their best defensive player when star cornerback Orlando Scandrick went down in practice with a torn ACL and was deemed out for the year. Then wide receiver Dez Bryant, arguably the second-best player on the Cowboys, suffered a foot injury in a Week 1 victory against the New York Giants which sidelined him for the first half of the season. Then the very next week, the team’s leader, quarterback Tony Romo went down with a broken left clavicle during a win over the Philadelphia Eagles. Since the injuries, the Cowboys have dropped four straight.

To add insult to injury, on Tuesday (10-27), the Dallas Cowboys got the devastating news that that Bro-Country superstar Luke Bryan will be performing the halftime show of the team’s annual Thanksgiving Day game on November 26th. The news was said to be taken like a cannon shot to the gut of the already bruised and battered locker room, and now the morale of the team is at an all-time low.

“Luke Bryan? Are you kidding me? This is devastating,” said the team’s backup long snapper, DeMarcus Frankenfurter. “Why don’t they just roll a dumpster out to the 50 yard line and set it on fire?”

“We’re going to get through this as a team,” Garrett said. “We talk to our players all the time about adversity, and how every team faces adversity, and the ones who succeed are the teams to can meet that adversity and rise to the challenge by taking one day at a time, one play at a time, focusing on the task at hand, and winning in all three phases of the game: offense, defense, and special teams.”

Still, Coach Garrett’s lesson on perseverance isn’t resonating with some on the team. “Get King George Strait to play it. Hell, he sold out the Death Star for his final concert,” suggested DeMarcus Frankenfurter. “Or there’s this whole new generation of cool country artists these days, folks like Sturgill Simpson, Chris Stapleton, and Jason Isbell who’d do a hell of a lot better than plain vanilla Luke Bryan.”

This won’t be the first time for Luke Bryan to perform at a sporting event. At the All-Star Game in 2012, Bryan sang the National Anthem while nefariously reading the words off his hand.