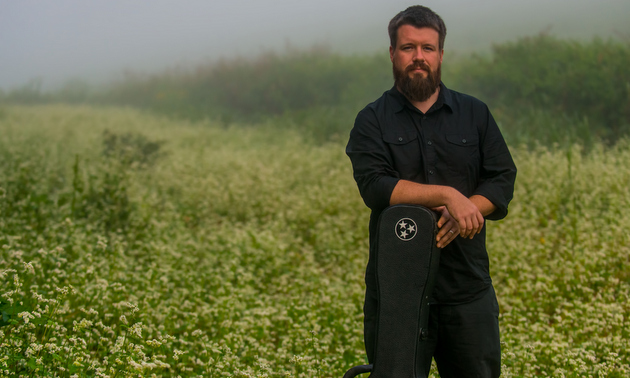 If asked to name the most important ingredient in making a great album or a great song, I wouldn’t say that it is to embellish the music with steel guitar, fiddle, or some other calling card of traditional country music instrumentation. I wouldn’t say that the most important ingredient is a strong or unique singing voice, though of course this certainly helps. I wouldn’t say it’s the production of the album or song, the arrangement, or the players that give life to the vision of the writer, or even the songwriting itself if it’s simply a vehicle to convey wit or a story.

You may have never heard of Daniel Miller. I certainly hadn’t until I received a copy of his new album East Tennessee, and was intrigued with the first few listens. This isn’t a hardened road dog out there hitting the honky tonks around the country. This isn’t a guy signed to a major label looking to climb his way to the top of the corporate country ladder. This is a musician who was inspired to write and record some songs, and share them with the rest of the world. And though you may find better singers or more compelling writers, the personal nature of Daniel Miller’s material ensures you find the desire to listen more than once. 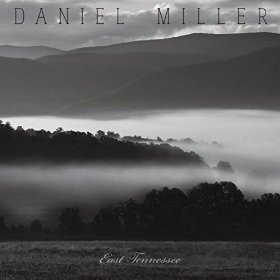 An example of this is one of the marquee moments on the album, a song called “Three Stars”—standing for the three stars found at the center of the Tennessee flag, and the three stars of Daniel’s: his son and two daughters. Originally from Knoxville, Tennessee, Miller’s very personal experience being born and raised in the east Tennessee area is interwoven into the fabric of this record. From many of the songs, to the cover and fold art, you get the very real sense that Daniel’s heart was forged in east Tennessee, and no matter how far afield he travels, there it will always be. And whether you’re from east Tennessee or never even been there, that sense of home hits you and compels you to behold what Daniel has to say more intently.

Some great writing found its way onto East Tennessee, most of it solo work from Daniel Miller, but some of it outside contributions, like the cutting “Lie I Believe” penned by Scott Miller and Jeff Bills, and Harlan Howard’s “Tennessee.” Though East Tennessee remains very personal throughout, during a couple moments Miller decided the words of others were better suited to convey those personal feeling more than his own.

During another moment Daniel felt words were unnecessary to covey his feelings at all. On the fiddle instrumental “Gone” written by Miller, the tragic sense of leaving something very special behind is expertly conveyed in a way words would invariably fail to, and the song marks another one of the album’s strongest contributions. Overall the instrumentation on East Tennessee is superb. Familiar names such as “Cowboy” Eddie Long and Robby Turner handle the steel guitar work. Singers Caroline Spence and Amy Black also make contributions.

The concern for East Tennessee would be that at certain moments in the record, Miller plays it a little too safe. Though this album is very personal, it doesn’t always sound entirely original. The approach could have used a bit more seasoning. At the same time, the enthusiasm inherent in the music never gives out, and a song like “Pigtails” may be the track certain listeners connect with from its kinship with something you might here on early 00’s country radio.

A lot of love went into this record, not just effort and expertise. And the result is something Daniel Miller should be immensely proud of, and if nothing else, will be something his kids can listen to in the future to reassure themselves their dad is one cool dude who showed dedication to his own dreams as everyone else should learn to do. I for one feel glad for the opportunity to be able to listen in.