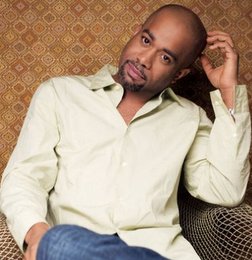 Pop rocker turned county pop star Darius “Hootie” Rucker has decided to cut yet another iconic tune from the American songbook after his massive commercial success with Old Crow Medicine Show’s long-suffering, massively-overplayed, and nauseatingly-requested song “Wagon Wheel.” Rucker’s next remake will be what many regard as the most-requested song in this history of American music, Southern rock band Lynyrd Skynyrd’s 14-minute anthemic jam “Free Bird.”

“Darius says that at his concerts, fans request ‘Free Bird’ all the time,” reports Rucker spokesperson Edith Frankenfurter. “And wanting to be receptive to his fan’s desires, he’s decided to fulfill their requests once and for all by recording the song. Rucker really has high hopes for his version, and thinks if it doesn’t go on to be nominated for a Grammy, then country music’s screwed.”

Rucker’s producers have apparently been reaching out to various musicians to gauge interest in collaborating on the “Free Bird” reboot, including Lynyrd Skynyrd original guitarist Gary Rossington who according to sources responded by saying, “Really? That guy from that 90’s band?” Former Skynyrd drummer Artimus Pyle was also reportedly contacted, and responded via text message with a curt, “SMH.” But Brad Paisely is on board according to reports, willing to hold down one of the three guitar parts as long as Darius doesn’t have a problem with him wearing a shirt with a Confederate flag on it so Paisley can “show his Skynyrd love.”

Though the song has yet to even be recorded, some people are already beginning to refer to “Free Bird” as a Darius Rucker song instead of Lynyrd Skynyrd song, including country artist and The Voice judge Blake Shelton who attributed the song to Rucker when mentioning it in passing last week on the NBC singing competition.

Darius Rucker apparently also considered some other overplayed songs for his next major project before narrowing it down to “Free Bird,” including “Brown Eyed Girl” by Van Morrison, the blues standard “Mustang Sally,” a version of Def Leppard’s “Pour Some Sugar On Me” to be released exclusively to topless clubs, and “Happy Birthday.”

Ronnie Van Zandt could not be reached for comment.