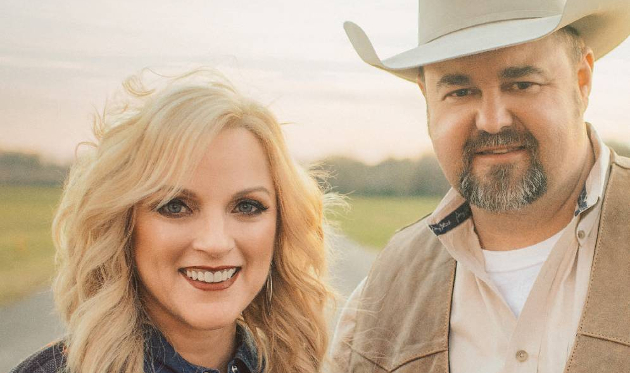 Take a good hard think on it and ask yourself, do we we really need yet another version of “Above and Beyond” floating out there in the world, or especially the incredibly worn-out “Louisiana Woman Mississippi Man” that’s been rung through the ringer in drunk sarcasm by off-key singers in every karaoke bar from hell to breakfast? The answer is a pretty resounding and unilateral “no.” The music world is so cluttered with releases these days, better to focus on original material than once again rehashing once great compositions rendered lifeless by incessant, tired renditions.

But there’s just something about certain pairs of voices that makes it imperative they collaborate, and all rules and worries get thrown out the window. Rhonda Vincent and Daryle Singletary is one of those pairs of voices. It’s almost criminal to contemplate them not collaborating, and specifically on some of the most iconic country music duets of all time, if for no other reason than to have their particular versions cataloged in the annals of the genre. If there’s any concern here, it might be why it took these two so damn long to pull this together, and if they’ll stop here.

Those that pay attention to the doings in traditional country circles, even as attention has waned for them in the mainstream, know that the voices of Rhonda Vincent and Daryle Singletary are no strangers to each other, on stage or in the studio. The duo has struck a chord with audiences on numerous occasions over the years, but never in a dedicated fashion until now. 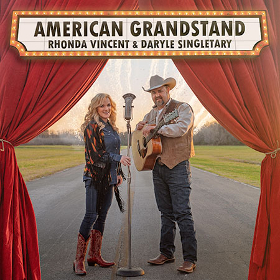 American Grandstand finds the current Queen of Bluegrass, and one of the greatest traditional country voices still around remaking classic old country music duets with their incredible collaborative beauty, taking you back to a time when the stars of country music were required to have voices that stirred the spirit instead of requiring technological enhancement to sound sweet.

Immediately out of the chute with “Above and Beyond,” it becomes patently clear why this record needed to happen, and this is carried through tracks such as “After The Fire Is Gone” made famous by Loretta Lynn and Conway Twitty, “Golden Ring” by George Jones and Tammy Wynette, and a slightly lesser-known song, but one of the standouts of this record, a version of The Osborne Brothers’ “Up This Hill and Down.”

But there’s also a few originals offerings on American Grandstand, like the heartbreaking “As We Kiss Our World Goodbye,” giving this album a touch of originality that helps legitimize this project as more than just a run through some of the more obvious choices for traditional country duets. The album is still fair to couch as more of a duets cover record than anything, which docks it novelty points. But Rhonda Vincent and Daryle Singletary know their audience, which are the older country fans who’ve been left behind by the mainstream, and find comfort in watching RFD-TV on Friday evenings, and those younger fans who identify more acutely with the older music. Delivering them something more familiar, and leaving more of the original material for their individual projects is probably a smart way to go.

But hopefully American Grandstand is just an opening installment of this duet pairing on record. It worked so well for Loretta and Conway, George and Tammy, we’d never let them get away with just one. When it’s right, it’s right, and it doesn’t really matter what they sing together, as long as they do. It reminds you why the male/female duet is such a mainstay of the country music genre, and will hopefully remain that way well into the future.