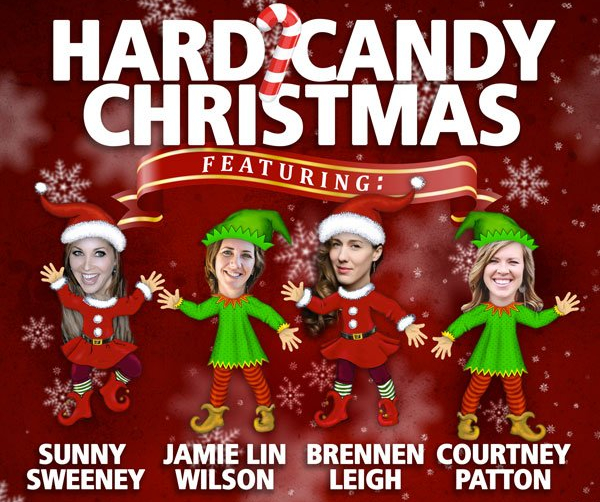 It’s hot as butt outside right now, but in a few short months there will be a nip to the air and a yuletide feeling as December descends upon us. After the successful run of the Hard Candy Christmas tour in 2016 pairing four of the most talented songwriters from Texas together for a frigid tour of the blistery Midwest, they’ve decided to do it once again this year, cold fronts be damned.

This thing was so badass last year, Miranda Lambert even stopped by for one of the shows. You should do the same for the opportunity to see this unique assemblage of singing and songwriting talent.

Jamie Lin Wilson is a member of the supergroup The Trishas who you might recognize singing on the Turnpike Troubadours’ “Call A Spade A Spade.” Her latest album Holidays & Wedding Rings is one of the best albums you can lay your paws on.

Brennen Leigh has been dazzling audiences in Austin and beyond for years now with her original songs, her recent tribute to Lefty Frizzell (which is excellent), and now with her new group High Plains Jamboree.

Courtney Patton’s country music contributions go far beyond being the singing partner of her husband Jason Eady, including her latest solo record So This Is Life. And Sunny Sweeney is the once Big Machine signee who returned to Texas, and whose latest record Trophy has some of the best songs you will hear in all of 2017.

“I love getting the chance to spend time with my friends,” says Sweeney. “That’s the main reason we do this. It’s not often we all get together because we are always all playing our own shows, so we made up a string of shows where we all get to sing and play together.”

You may hear some Christmas songs, but this isn’t necessarily a Christmas song tour. It’s about four songwriters singing on each other’s compositions, and using the camaraderie of the road to spread the joy of music.

Here are the confirmed dates so far (potentially more to come):