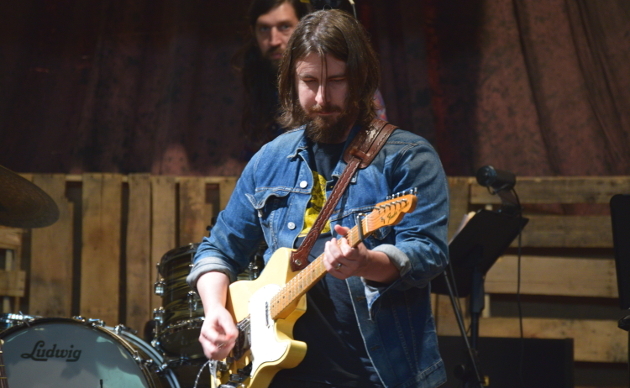 Country and Americana super producer, and four-time Grammy winner Dave Cobb has signed with Creative Artists Agency, or CAA for representation. With dozens of country and Americana artists on its roster such as Dwight Yoakam, Jon Pardi, Tim McGraw, and Martina McBride, CAA usually represents music personalities as a booking agency. But this partnership will be specifically about trying to develop more opportunities for Dave Cobb in the realm of television and film.

The news comes after Dave Cobb’s participation in the recent hit movie A Star Is Born as a producer and musical consultant. A Star Is Born has been a box office smash, and the soundtrack spent three weeks at #1 on the albums chart. CAA has also worked with other clients in developing their movie and television footprints, including Tim McGraw, Annie Lennox, Julia Michaels and others to score movies or compose songs for soundtracks.

Originally from Georgia, Dave Cobb played in a band called The Tender Idols before getting his first producer opportunity for Shooter Jennings in 2005. In 2009 he produced the Oak Ridge Boys’ album The Boys Are Back, and that helped put Cobb on the national map. Since then he’s produced award-winning records from Jason Isbell, Chris Stapleton, Sturgill Simpson, Brandi Carlile, Colter Wall, Zac Brown Band, Lori McKenna, Dillon Carmichael, Old Crow Medicine Show, and many more.

Dave Cobb is the go-to music producer in country music and Americana, prolific as he is revered, winning multiple ACM, CMA, and Americana Music Association awards to go along with his Grammy trophies. Earlier this month he appeared on the CMA Awards with Chris Stapleton for his work on the song “Broken Halos.” He’s also the current caretaker for the historic Studio ‘A’ in Nashville. Now he will be bringing his expertise more to the realm of visual entertainment.