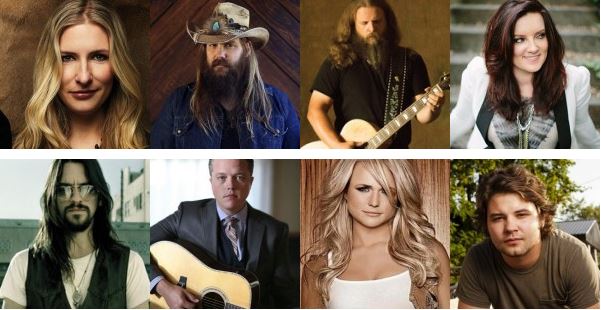 Record producer Dave Cobb is sitting on top of the world at the moment after being involved in nearly every major upsurging project in country and roots music for the last two consecutive years, and without any sign of letting up anytime soon. From Chris Stapleton’s Traveller, to Jason Isbell’s Southeastern and Something More Than Free, to Sturgill Simpson’s Metamodern Sounds in Country Music and so many more, Dave Cobb’s name is glowing hot at the moment, and anything he touches deserves extra attention from listeners.

But it’s not just listeners who are taking notice of Dave Cobb’s talent. In April, he signed a deal with Elektra Records out of New York to launch and A&R-style partnership with the Warner Music imprint. The deal allows Cobb to sign artists and develop talent as part of his producing duties. One of the first artists Cobb worked with under the new arrangement was Anderson East.

But there’s something much interesting brewing that’s bigger than any one artist at the moment—an expansive concept record dealing with artists’ experiences growing up in the South. The project was first hinted at in April when the new Elektra deal was signed, and since then there’s been murmurings about Cobb’s concept record here and there, but now we’re finally beginning to piece together the details.

Called Southern Family, the album will involve contributions from:

Most of these artists have worked with Cobb before. He’s currently working on a record with Holly Williams that is expected in 2016. Brent Cobb is a songwriter who also happens to be a cousin of Dave. And there may be more names yet to be announced. The record was briefly touched on in a new interview with Cobb on NPR.

The album is partly inspired by the 1978 Civil War concept album White Mansions, which featured Waylon Jennings, Jessi Colter, guitar playing by Eric Clapton, and followed the story of four main characters as they narrated their perspective on the Civil War from a Southern’s perspective.

It will be released March 18th.

You can hear a now song from John Paul White from Southern Family below.