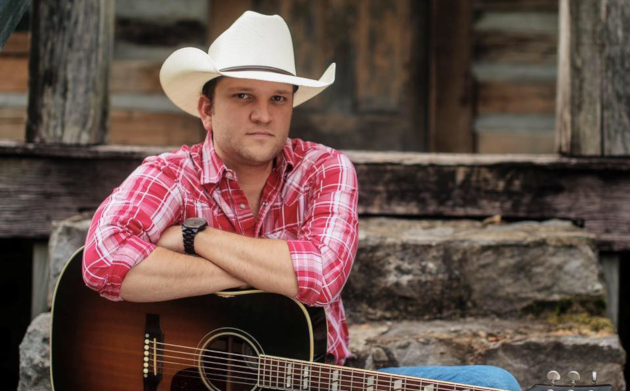 Traditional Texas country artist David Adam Byrnes has been awarded a $24,000 judgement against independent label Silverado Records after he says the label refused to meet their obligations. His recent single “Beer Bucket List” went #1 on the Texas Regional Radio charts in March, and was supposed to coincide with the release of a new album, Neon Town produced by Trent Willmon.

“The present legal dispute arose primarily over the course of last year when my manager and I began to voice concerns to the label about my music and things that we believed the label should and shouldn’t be doing,” says David Adam Byrnes. When his concerns continued to go unaddressed, Byrnes filed a lawsuit in the Davidson County, Tennessee General Sessions Court on February 8, 2019 against Silverado Records.

On May 20th, both David Adam Byrnes and his lawyers were in court for the trial, but the owners of Silverado Records did not appear, resulting in the court offering a default judgement against Silverado Records and its President and CEO for $24,520.50. “We were surprised that the defendants didn’t show,” says Chase LanCarte of LanCarte Law who represents Byrnes. “They went to such measures to prevent the first trial setting from occurring, and then, they didn’t even show up after they picked the date.”

However the win for David Adam Byrnes was short lived, and he has yet to receive payment. After the default judgement, the defendants appealed the judgment of the Davidson County General Sessions Court to the Davidson County Circuit Court. Byrnes and his lawyers now believe that the label representatives are purposely trying to stall through the continued legal proceedings.

“We relied on Silverado’s representation that it would be available to attend trial on May 20, but obviously, we now believe that Silverado had no intentions of attending any trial setting before the General Sessions Court, and its prior motion for continuance was arguably sought merely for delay,” says lawyer Chase LanCarte. “For Mr. Byrnes, this is a critical time in his career. He can’t afford to just let his legal matters languish. Mr. Byrnes just had his first #1 single, and he needs to keep the momentum going by having the freedom to release new music. Justice may have been delayed by this appeal, but justice is coming.”

Saving Country Music reached out to Silverado Records for comment on the claims by David Adam Byrnes and received the following statement: “Silverado Records, a division of Exegan Media & Entertainment, is a champion for independent artists. We are not commenting on ongoing legal matters or litigation and wish all artists signed to the label, past and present, the best in their future endeavors.”

Saving Country Music was also able to confirm that Silverado Records has been administratively dissolved in the office of the Tennessee Secretary of State, though that does not necessarily mean they are no longer a business. “They did not file the annual report that was required by this office in the amount of time past the due date,” said a representative from the Tennessee Secretary of State. “So when that happens this office will place the entity in an inactive, administratively dissolved status.”

Silverado Records was founded in 2016 by the Exegan Music Group out of Las Vegas as an independent label taking a different approach to promoting artists by focusing on social media and streaming services as opposed to radio singles. The label soon had signed David Adam Byrnes, Ali Morgan, Tyler Jordan, and 90’s country star Joe Diffie. Numerous of the releases from the label have been compilation albums featuring their artists, including a recently-released 7-song covers album called The Silverado Cover Sessions with artists singing older rock hits. The label also launched an imprint called Silverado Texas based out of Dallas in April of 2018.