Dear 8 lb. 6 oz. Infant Jesus, Let “The Mountain” Be The Return of the Old Dierks Bentley 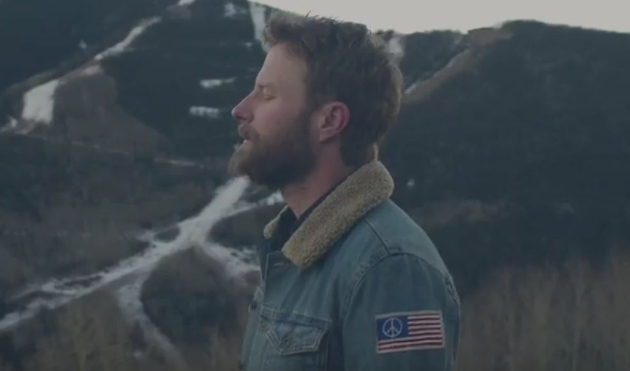 People, you have no idea the physical and psychological toll it takes on a true country listener to have to slag through reams of today’s pop country “music” as one of the requisites of your gainful profession, where you sometimes wake up in the middle of the night in a cold sweat from having been pursued by a Sam Hunt song and for some reason you can only run at half speed like your legs are stuck in mud. Or you dream you’re back in grade school and everyone’s pointing and laughing because you’re completely naked aside from wearing a Luke Bryan 2015 concert T-shirt.

For years, one of the few respites when covering the mainstream of country was the appearance of Dierks Bentley. I’m not even saying it was always particularly good or great. But he simply didn’t make you feel like a drooling moron simply from having to listen. From his 2014 record Riser, to his bluegrass-infused passion project Up on the Ridge, Dierks Bentley was the reasonable bridge between the independent and the mainstream; the traditional and the contemporary. He was Dierks. Even his crazy side project Douglas Douglason and Hot Country Knights showed that unlike so many in the mainstream, he actually had a soul, and wasn’t afraid to show it.

Oh but then came his most recent album Black, and it was like experiencing a head trauma to have to listen. Dierks Bentley sold out so hard, it gave you whiplash simply by watching him. I mean cut out all of the subtle rootsy-ness of his music and the quality songwriting completely, and imagine an entire record of “Drunk On A Plane,” only transmogrified by modern computerized production. Even the attempt at social commentary with “Different For Girls” seemed confused and opportunistic.

And what were the results? Black sold 100,000+ fewer records than Riser. Black had two #1 radio hits, while Riser had three. Now granted, Bentley’s touring capacity probably increased in the Black era, but things might have been trending in that direction for Dierks anyway.

Screw money. The problem with money is you can always have more of it. We need Dierks being Dierks. Not because he’s some true country stalwart, but because he’s a pragmatist. He allows you to come up for a breath of fresh air when your co-worker is listening to the pop country station for eight straight hours. We want the Up on the Ridge Dierks. We want the Dierks that Cody Canada named his first born after. And I pray to Jesus that’s the Dierks we get on his just announced album The Mountain. 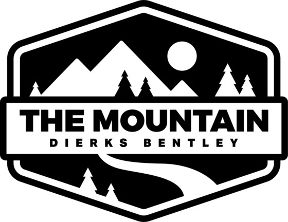 Yes I know. It all feels a little canned. After the disappointing Black era, here comes Dierks with a scruffy beard, climbing mountains, shredding guitar licks blaring in the background, with the marketing gurus doing their level best to convey a rugged, organic attitude and energy. It almost feels a little Justin Timberlake in what we got in the teaser video for his upcoming “earthy” record, Man of the Woods.

But with Dierks, there’s a history here, and a pattern. He often is forced to give his record label what they want, (a la “Drunk On A Plane”), and then uses the freedom he earns to flex his creative muscles, and let his bluegrass roots shine through. The Mountain could very well be Up on the Ridge 2.0.

Though we don’t have a proper release date yet or a full song to digest, the prospects for The Mountain at this point are very promising. Dierks wrote and recorded the record in Telluride, Colorado, which is the Rocky Mountain State’s bluegrass haven. He was inspired to make the record there when performing at the Telluride Bluegrass Festival.

“I played a show there. Sam [Bush] and Tim [O’Brien] and Jerry [Douglas] and the [Travelin’] McCourys all got up with me. Chris Thile got up with me. It was an awesome set,” Dierks tells NPR. “I said to the crowd, ‘The only thing missing is Del McCoury,’ and I had my Del McCoury shirt on. Then he walked out of the small backstage area. It was one of the best days of my life, in a setting that I’m very familiar with. I’ve been there many, many times. But there was something about this time. I started thinking about the album, and I’d been working on that movie [‘Only the Brave’, about Arizona firefighters] and my beard was growing out. I missed the West.”

Dierks even says that Marty Stuart’s latest project had some influence on him.

“I’ve had the idea for a western album, but I didn’t know what that even meant. Was it going to be a Marty Stuart-type thing? I love that album [‘Way Out West’]. Was it a sonic thing? A lyrical thing? A bunch of nature references? Was it Marty Robbins? So I was like, ‘Let’s go to Telluride.’ There’s something about it that just makes you reach for a guitar … We all went out there and got completely off the grid…out of our normal element and the grind that happens on Music Row and it was,  from the very get-go, magic.”

Of course, we’ve been fooled by this type of rhetoric before. And make no mistake about it, all the talk of mountains and Telluride and organic guitar riffs coupled with the teaser video is just as much an element of marketing as anything. But this is Dierks. Dierks has only let us down because he’s lifted us up so many times before. We know what he’s capable of. We know how he can be like a breath of fresh Telluride air in the mainstream. Let’s just hope that The Mountain delivers. Please, Jesus, let The Mountain deliver.