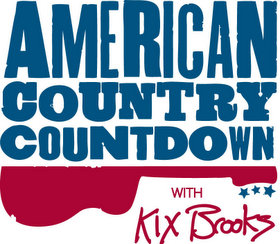 When the news broke last week that there would be yet another new country music awards show squeezing its way into the already-crowded TV event space, it stimulated a collective rolling of the eyes from many over-saturated music fans and industry types. Really, how many of these things do we need? Buried in the details however was the insight that the American Country Countdown Awards wasn’t just the latest ploy for America’s eyeballs on an annual basis, it was also the latest shoe to fall in the historic re-shifting of the country music media landscape transpiring in 2014 with tremendous breadth and quickness.

First and most important to note, country music is not gaining another major television awards show. The American Country Countdown Awards to be aired on FOX are replacing the American Country Awards aired in December. The ACA’s only lasted for three years,  always felt contrived, and may have put on its worst presentation during its run in 2013.

The ringleader of the new American Country Countdown Awards will be Kix Brooks, formerly of Brooks & Dunn, and currently the captain of the weekly syndicated radio show the awards are named for (UPDATE 9/12: Florida Georgia Line has been named as the first year hosts).The American Country Countdown, first begun in 1973 as the country sister to the recently-deceased Kasey Casem’s American Top 40, is produced and distributed by Cumulus Media, the 2nd largest radio station owner in the United States who’s been implementing big plans to move into the country music format hard and heavy in an attempt to pull the company out of its $2.23 billion debt.

The American Country Countdown Awards will be the latest move by Cumulus to propagate their nationally-syndicated NASH country music brand. This is the key behind the new awards, and the new name. “Expanding our NASH brand and the audience for our iconic ‘American Country Countdown’ franchise to a national TV audience is an exciting example of how we’re committed to serving the needs of America’s rapidly growing passion for country music,” says John Dickey, executive vice president and co-chief operating officer of Cumulus, and brother of Cumulus head honcho, Lew Dickey.

Taking it even further, Cumulus has already announced that part of the presentation will include a NASH Icons award—the name of the new classic country format Cumulus hopes to launch with the help of Scott Borchetta and Big Machine Records, and that has people talking about a potential country music format split.

In other words, The American Country Countdown Awards are the latest salvo in the country music media arms race being fought primarily between Cumulus media, and their chief rival, Clear Channel.

Clear Channel hasn’t been sitting on the sidelines however. The company just finished working in close collaboration with CMT as part of their own awards show, the CMT Music Awards on June 4th, which saw a 10% bump in ratings from the year previous.

“We’ve done some cool things already and we’re only four or five months in,” CMT President Brian Phillips told Country Aircheck about the CMT/Clear Channel partnership. “Just as there was promotion of the iHeartRadio Country Festival on CMT, the plans for cross-pollinating with Clear Channel and Verizon, who are another important partner, are part of a huge playbook. You can’t do these kinds of things anymore without massive high-reaching partnerships and this first year of the collaboration was huge. There’s no doubt what [CMT] Cody and Bobby [Bones] did on their stations helped tune-in.”

Another interesting wrinkle in the new American Country Countdown Awards is that Dick Clark Productions is coming on board to help produce the show. Dick Clark Productions is also the main production company behind country’s 2nd-biggest awards show, the Academy of Country Music, or ACM Awards held every April. This ensures, at least when it comes to the ACM Awards, that there will be no rivalry, but a respect for space by the two awards. The CMA Awards held in November is still seen as the most prestigious of the award shows because it is backed by a governing body, the Country Music Association, as opposed to a production company and media collaboration.

These latest moves give country music four major award shows vying for the public’s attention, and continue the work to institutionalize country music as the most dominant genre in American music at the moment.