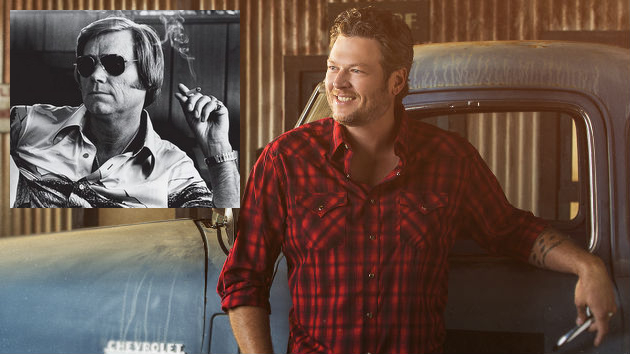 On August 18th, he released his latest single called “Neon Light” from his upcoming Bringing Back The Sun album. As a rather sedated, nondescript, somewhat country, but ultimately sort of boring offering, it was really hard to get worked up about it one way or the other. Sure it has a banjo and a somewhat country setting, but it’s no “Tear In My Beer.” And sure it starts off with a stupid hip-hop beat, but that’s every damn song on mainstream country radio today. Starting a song with a hip-hop beat isn’t expected in 2014, it’s required. That stop sign was blown through and a couple of pedestrians mowed over on country music’s way to careening head on into a retaining wall some nine months ago. In 2007 this song would have made us all want to drink Drano, but in 2014? Eh, there’s much bigger fish to fry, and much better stuff to listen to.

But either Blake Shelton let some Twitter troll get the best of him, or he’s decided to tilt at windmills to give a little jolt to the song’s deflated reception, and he’s struck out on the warpath against the “haters.” “Of course, I’m always going to have the haters and critics out there that say it’s not [country],” Blake told Rolling Stone Country. “But then, kiss my ass! I know more about those records than a lot of people.”

Whoa, slow down there speed racer. First off, who exactly has a huge problem with this song? I’ve scoured the world wide internet looking for negative reviews for “Neon Light” and came up with a big bag of nothing. You check all the usual suspects of Blake Shelton hate, including Saving Country Music, and mum’s the word on “Neon Light.” Not to say there isn’t someone chirping out there in some social network comment section, but that’s for every song. And what’s up with unilaterally tearing into our country music knowledge for criticisms that don’t exist?

Blake Shelton then goes on to say, “The song, the melody, the chorus is so George Jones or George Strait. It really is.”

Oh okay Blake, so just because your song has banjo and is loosely about seeking refuge in a bar it’s now fitting company to be compared with the overlords of the genre? Is it really up to an artist to decide where a song fits in the pantheon of country music, or is that the job of history?

The simple fact is that Blake Shelton’s “Neon Light,” aside from the opening hip-hop beat—which should immediately relegate songs to the trash heap of country music history—is symbolic of the very slow, but very present return of a little bit more sustainable country sounding substance that is being evidenced across country music in the emerging post Bro-Country era. “Neon Light” should in no way be compared to George Jones and George Strait, no matter what measuring stick or perspective is employed. But is it better than Blake’s “Boys ‘Round Here”? Sure. Of course this is all a symptom of the diminishing returns we’ve been receiving from country music for the past few years, but you can’t help but identify the green chutes of promise when they begin to emerge out of the barren landscape of horrendously bad music.

“Neon Light” is not terrible, but it’s not good either. That’s about the best I can give it. It still is slavish to the rhythmic trends plaguing country music in the way the song repeats words in triples, but the chorus shows off Shelton’s vocal range. How it will fare on the country music charts will be almost exclusively tied to how much money the label decides to put behind it in promotion, because it’s not good enough to have a life of its own. Blake Shelton knows he can’t compete with the worst of Bro-Country, so he’s trying to carve out his niche as the popular traditionalist.