Move over Chris Gaines and Earl Dibble’s Jr., there’s a new alter ego in the country world, and he’s a soft-core porn semi-star sporting a mullet and playing cheesy 90’s country rock in the country music equivalent of a hair metal band. Douglas “Big Rhythm Doug” Douglason and his band Hot Country Knights is apparently a real thing, or a fake thing that’s pretending to be real, even if the hairdos are not. And if you squint real hard and can see thru the joke shop wigs, dated duds and mustaches, you can see the familiar eyes of Dierks and his backing band peering back at you through the 20-year fog of bad memories and foolish fashion choices.

That roughly translates to, “Hi peoples ! Welcome to our facebook page online ! you like it … you love it … you want some more of it.”

Trevor Travis also makes it a point to point out he’s the lead bass player, just like Scott Borchetta in his hair metal band.

A YouTube account attributed to Hot Country Knights posted a YouTube video on January 15th simply titled “Re-Introducing,” featuring the band strutting out of a venue/studio to the tune of Travis Tritt’s 1990 song “Put Some Drive in Your Country.” The “re-introducing” might be alluding to the fact that Douglas “Big Rhythm Doug” Douglason is actually nothing new. As Rita Ballou of Rawhide and Velvet pointed out, here’s what appears to be Big Rhythm Doug performing “All My Exes” with Cody Canada back in 2007. So there’s that.

Even more interesting, it looks like this alter ego is gearing up for a full on album release, or something along those lines, very soon. Or at least that’s what they want it to look like. On what appears to be an album cover, there is a Capitol stamp on it (Dierks’ label), so maybe we’ll get a bigger taste of Douglas “Big Rhythm Doug” Douglason sooner than later.

“I’m working on a little something something with my guys in the band. It’s a little side project a little bit of a ’90s country cover band. We specialize in ’90s country, which was a great era in country music,” Dierks told People Magazine recently, and apparently there’s going to be a special invite-only debut event for the band on February 25th at The Stage in Nashville. So yes, this really is a real fake thing, and they even have carried out the bit to give each member of the band their own back story (see below).

Sadly, it still may sound better than what Music Row is schlepping out in the present day. I can’t wait for the invariable Bro-Country parodies that the future will be using to lambast the present day 20 years from now.

All pictures and info from the Hot Country Knights Facebook Page. 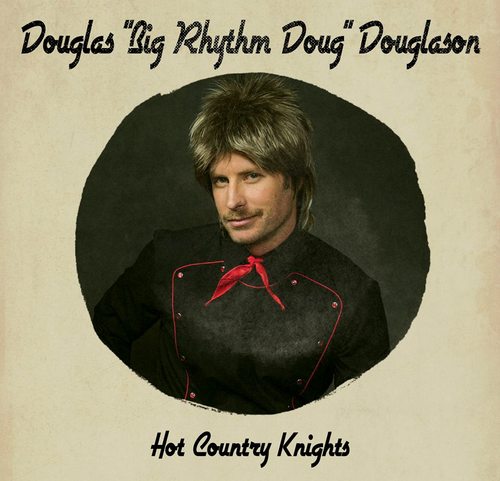 Douglas “Big Rhythm Doug” Douglason: Armed with his shockingly attractive mustache and mullet, Douglas “Doug” Douglason set out for the bright lights of Hollywood at age 18, sure to be the next big thing. However, as fate would have it, his fully functional diphallia turned out to be the up and coming trend in Silicone Valley. Known as “Big Rhythm” for his size, longevity, and steadiness of performance and working under the name “Dustin Strange,” Doug immediately became a hugely below average star in the adult-jpeg-straight-to-free-download-soft-core industry. Doug enjoyed all the highs and lows until a fateful “meeting” with “hand model” Monte Montgomery on the Nashville based set of “When Country Comes to Town” motivated him to reassess his priorities. A shared love of hand lotion and country music led the duo to swap low class broads for Lower Broadway. Big Rhythm spent the bulk of the 90’s playing weekly with Hot Country Knights. His current whereabouts are unknown. 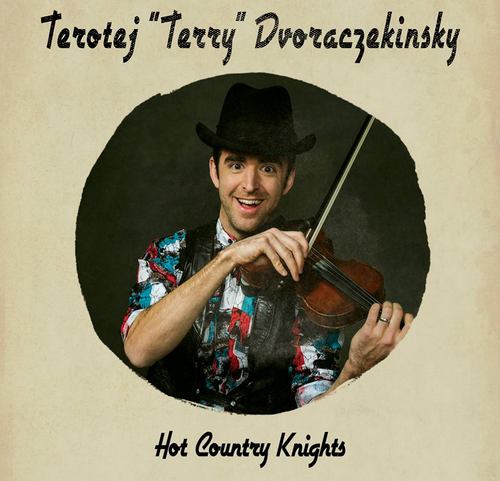 Terotej “Terry” Dvoraczekinsky: My name Terotej Dvoraczekinsky. I from small village outside Chekhov, Russia. Where I grow up, country music very unpopular, but I in love with steel guitars and twang sound very young. I was disappoint to my village and mother Russia greatly. I marry girl but she leave me in 1989 for potato farmer, so I move to Americas to become country music sensation. I work as janitor in Nashville club where I meet Big Rhythm Dougs. As they says in the show business, the rest history! 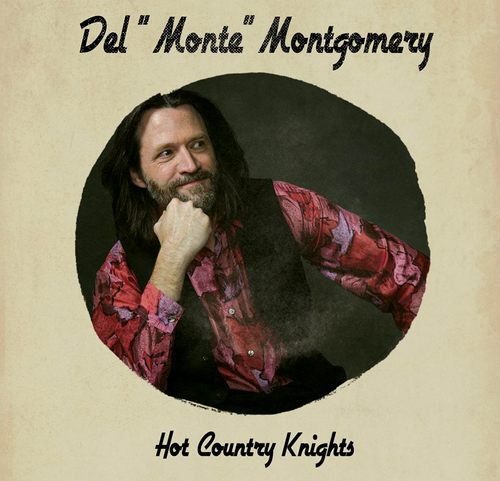 Dillard “Monte” Montgomery is a highly trained drumist, born and raised in Los Angeles California. He is claimed to be one of several love children from the internationally known game show host Monty Hall of “Lets Make A Deal” fame. With his newly donned professional stage name, “Monte”, coined after his absentee celebrity father, Montgomery turned down gig offers from the bands Pearl Jam, Rush, U2, and others, but answered an ad for a “hand model” in Nashville. Going with his gut, he moved to Nashville. There are several different accounts of what occurred next when Monte met Big Rhythm Doug on what ended up being an adult film shoot and joined the Hot Country Knights, achieving country music history in the process. Monte is endorsed by Suave hair care products. 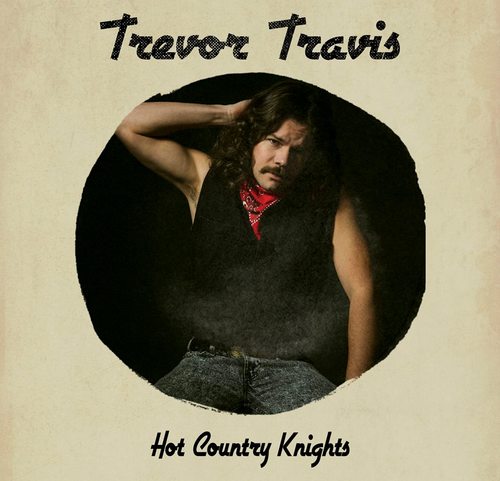 Trevor Travis: Raised by a single mother and 9 older sisters, Trevor Travis is a born ladies’ man. He spent the bulk of his youth enrolled in home economics, hair styling, and massage classes before picking up the bass at age 13. Trevor’s first taste of fame was on the Ricki Lake episode “Mom, You Can’t Stop Me from Having Sex in the House—You Do It, Too.” He caught the ear of Big Rhythm Doug in 1993 after breaking into song when he was awarded the “Most Failed Paternity Tests” honor on a later episode “Did You See Yesterday’s DNA Show? Want to See What Happened After the Show? Stick Around…(Part 2).” The planets aligned in 1995 when Big Rhythm Doug treated Trevor to an Italian feast of endless salad and breadsticks, introducing him to Frenzy Fingers, who in turn treated them to an herbal dessert behind the dumpster courtesy of OG busboy Shelton Van Ricky.

Cade “Bonesy” McCoy: Was born to a son of a 3rd generation 2nd tier hog farmer who abandoned him as an infant on a stoop of a Manhattan flat. His extremely wealthy adoptive parents showered him with shallow love and money. It was a tough life for Cade. After years of getting everything he ever wanted and bored with his Juilliard piano training, he thought to himself, “There has to be less to life.” Following his bliss, Bonesy loaded up his Miata and drove to Nashville to cover the smooth, hairy sounds of 90’s country. Dreams can come true…if you have enough money. 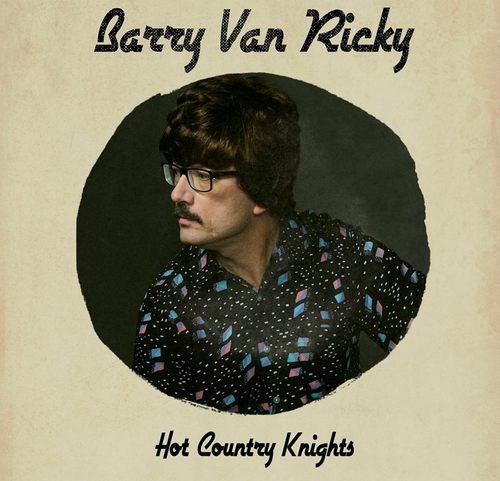 Barry Van Ricky: Steel guitarist Barry Van Ricky, twin brother of deceased original HCK steel player, Larry Van Ricky, was raised in a musical family, going on to play lead recorder with his sister Sherry in a post-industrial experimental band that focused primarily on Roger Miller covers. The duo experienced little to no success in the late 70s and broke up after Sherry gave birth to her first child, Shelton Van Ricky, a product of their penultimate East Coast tour. After Larry’s mysterious death in July of 1996, Barry replaced his brother on stage behind the biscuit board, saying, “I hope you rot in h*ll, you no-talented S.O.B.” 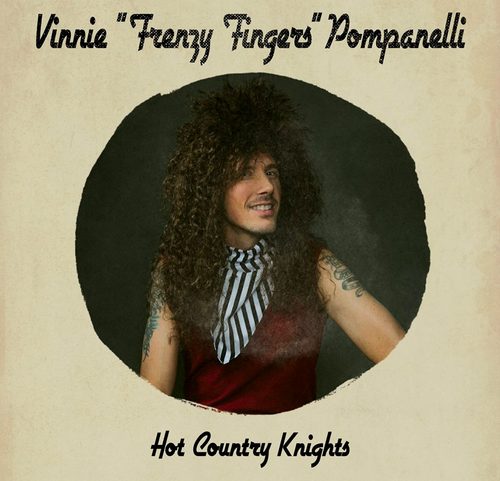 Vinnie “Frenzy Fingers” Pompanelli: World renowned flautist Vinnie “Frenzy Fingers” Pompanelli is a Nashville native. A child prodigy, he was leader of the top grossing Jethro Tull cover band “Lungs of Aqua.” By age 12, his soaring 8+ minute flute solos and awe inspiring phalange dexterity earned him the moniker, “Frenzy Fingers.” When Lungs of Aqua disbanded in 1983, Vinnie relocated to LA, trying to find a home for his fluted hands in the burgeoning glam metal scene, but failed miserably. Desperate and destitute, he put the flute away and moved back home to pursue his second passion: cooking. Before long, his culinary skills led him to the esteemed position of Head Chef at Olive Garden. It was here that a chance encounter with Big Rhythm Doug and Trevor Travis would change country music forever. Unable to find a willing guitarist in Nashville, the duo courted Vinnie, knowing his vague familiarity with the instrument would easily be remedied by his passion, hunger, and hair. Incredibly, Vinnie quickly became one of the city’s best, just below average axe slingers.