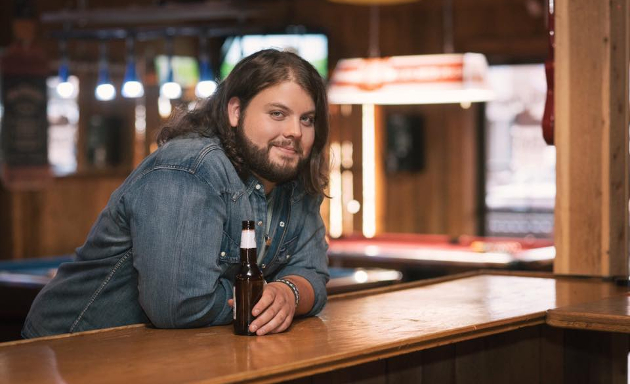 After traditional revivalists such as Jamey Johnson, Hank Williams III, and Sturgill Simpson so expanded our appetites for true country music releases and then suddenly vacated that space to pursue other things or downright disappear, it left a gaping hole in our bellies to voraciously search for something truly country to fill the void. Cody Jinks and his crew have certainly helped, as have others. But the capacity exists out there for so much more.

It was only a few short months ago that we were completely ignorant of the name Dillon Carmichael. Now he is quickly ascending the ladder for artists to watch who could have a big impact in the traditional country space for years to come. With a Dave Cobb-produced record in the offing and an incredible voice and style, there’s not much to hate on here.

The first two songs Carmichael released—“Old Songs Like That” and “Made to Be A Country Boy”—certainly hit the mark. Unlike artists such as Cody Jinks or Jamey Johnson who will broach deeper stories in their music, Dillon Carmichael is more about honing in on identifiers and offering self-affirming verses about who he is, at least so far. But understand, this is a young man who comes to country from the mainstream, Music Row side of things that is singing about the pressures to “evolve” and change to what the industry wants as opposed to what his true heart desires. 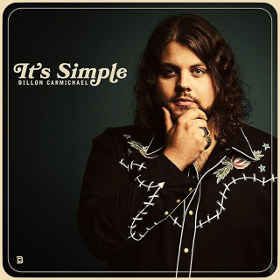 His latest release “It’s Simple” does some of this self-affirmation and listing of things as well, but it does it so well, and frankly it’s such an important message these days in an ever-evolving and complex world, it’s sweet music to the ears. This is a very traditional song like all his songs have been so far, and hey, if some self-affirming list-style verses and a seductive, rising chorus can cleave off and convert some of those post Bro-Country fans to something better, why knock it?

“I wrote that with three other guys who were from rural areas, and we were talking about how life was just so simple and how the people there like it,” says Carmichael. “You go to work, come home, grill out with the family, and the lyrics are ‘Love is for making. Kids are for raising. Home is that place in your heart,’ and the concept is that no matter where you go, home is the place in your heart – which for me is always going to be Kentucky. It’s a story about the old man next door who tells you that life is simple, and you shouldn’t overthink it.”

Carmichael has the pedigree as kin of John Michael Montgomery. He’s from Kentucky, which is a hotbed of true country music at the moment. The biggest issue now is where the hell is this Dave Cobb-produced debut album already? Sources are saying late summer/fall may be when to expect it, but let’s hope this doesn’t turn into a Mo Pitney situation where you’re dazzled by debut songs, but then it takes 2 1/2 years for the record to materialize, and by the time it does you’ve already heard most of the material. Dillon Carmichael is hot right now and the buzz is sizzling.

The good news is “It’s Simple” is being portrayed as a bona fide single as opposed to just a debut track. It was co-written by Carmichael, and features common Dave Cobb collaborators Leroy Powell on electric guitar, Robby Turner on pedal steel, Chris Powell on drums, and Mike Webb on keys. So often we see country artists walk into Cobb’s Studio ‘A’ and emerge as R&B throwback projects. But not with Dillon Carmichael. If nothing else he’s holding firmly to his roots. And if the first three songs we’ve heard so far are any indication, his debut record will be an important one.