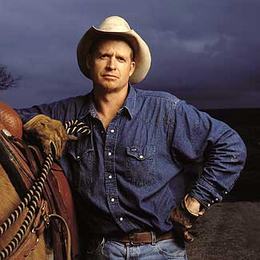 Almost a month removed now from Sony Nashville CEO Gary Overton declaring to The Tennessean of “If you’re not on country radio, you don’t exist,” and the shock waves are still resonating on Music Row and beyond. Subsequently Gary Overton has announced his resignation from his post as arguably the most powerful label executive in Nashville, and though there’s been no formal declaration given for Gary Overton’s departure, the prevailing thought has Gary’s short-sighted radio comments at least factoring into the final decision.


Taking the point, or becoming the rally cry for the opposition to Gary’s comments was Texas country artist Charlie Robison—the brother of Bruce Robison, and the former husband of Emily Robison of The Dixie Chicks and Court Yard Hounds. His outspoken rant against Gary Overton posted after playing a show on February 27th exploded on social media and sent the issue into hyperdrive. Later Florida Georgia Line felt inclined to respond, which allowed the issue even more traction.

Now that Gary Overton is gone, I asked Charlie Robison, is the result is satisfying?

Yeah it really is, and not just for me. It was a shot across the bow at me, my ex-wife, my brother, and everybody else that has been bullied by these guys for so long. It kind of happened accidentally after a show one night. I wrote that initial rant if you will just really pissed off, more so for other independent artists that I’m a fan of. It more pissed me off that someone could say something like that about my peers or people that I have looked up to all my life and think they could get away with it. These days with social media, you’re not going to be able to say anything or do anything without someone calling you on it, and I just happened to be the guy that called him on it. I thought I was going to wake up the next morning and see 50 ‘likes’ and that’s all there was going to be to it. I had not earthly idea that Florida Georgia Line was going to jump in the mix and that this was going to end up maybe forcing him out of his position as president [of Sony Nashville]. You know, I feel for his family, but to tell you the truth, I really don’t give a shit about him.

Just because there’s been some speculation, what was your state of inebriation when you posted your rant?

Have you ever had any direct contact with Gary Overton over the years, or was it more about people like him?

I didn’t remember it, but I was talking to a friend of mine in the business who told me I did have some type of interaction with him when I was on Sony 10 or 15 years ago. But I did not know him. This wasn’t personal in any way. I wouldn’t recognize him if I saw him on the street. He could have very easily been the head of Warner Bros. or whatever. It would have been the same reaction.

So did your interaction with the mainstream world end poorly?

Actually it didn’t. We actually broke down a lot of walls. We created a kind of country independent label within Sony at the time called Lucky Dog Records. As an independent country artist, my experience is probably way better than most. But I still got to see on a daily basis how a major label works and how those people were just clueless. A lot of guys that I worked with were great and really in my corner. But there were a lot of them, especially the higher ups when I was with Warner Bros. that just treated me like a second class citizen because I wasn’t trying to fit their mold. And this was before Texas Red Dirt or anything like that. People like myself, Robert Earl Keen, and Steve Earle, those guys were definitely before me.

Do you think there’s a stigma against Texas artists, of treating them as second class citizens in Nashville?

Yeah, more so when I was with Warner Bros. It was the first major label that I signed with, and they were very condescending about the music I was trying to play and I ended up getting dropped. And I got dropped after being on the label for over a year on my answering machine. That just gives you the kind of mindset. I wasn’t even worth, “Hey, call us back, let’s talk.” It was “Hey, you’re dropped. No need to call us back.”

What is more frustrating to you, not being able to get on mainstream radio, or convincing folks that there’s bigger priorities in life than being big on country music radio?

If you were to ask me 15 years ago, my answer would be completely different. They had me convinced that I had to be on radio to be successful because there wasn’t this [Texas] scene. Now I really don’t give a shit if I’m on the radio or not. I’ve had a very unbelievable career for a long time, and it’s going better than ever. I really didn’t have a dog in this hunt to tell you the truth. Like I said, this was more about my peers and my friends in this business. And the fans, because [Gary Overton] was not just saying artists don’t matter. If it was only me posting that rant, then nothing would have happened. But it was the fan backlash, and them taking it personally as well. It was them saying, “Hey, you’re not going to talk about the people we love, our artists that way and get away with it.” It was mostly them.

You get played on the radio in Texas. Texas has its own radio network and charts.

Yes, and when I was in Nashville, I had four different songs on the charts. And I think one of my singles went to #12 or something. And then one year one of my songs was on the charts longer than any other single for that year. So I’ve been on the radio. It wasn’t coming from this disgruntled place of “I’ve never been on the radio so I’m going to be all pissed off.” It wasn’t anything like that at all. It was “You have a lot of gall to say that, buddy.”

You said your goals have changed over the last 15 years. What are your goals now?

You know, I don’t really have any more goals. 10 or 15 years ago, it was goal-oriented. But now it’s just maintaining. I’m having a blast, I own my own tour bus, I have an amazing fan base, and I get to take the gigs that I want, I never have to visit another radio station and beg them to play my single again, which is the way you did it in those days. You have to go, and you have to bow down to these country radio guys and kiss their asses, and listen to them tell you why you don’t matter, and why your song isn’t right at the time, and live this life of being turned down all the time. Steve Earle and Robert Earl Keen don’t have to visit radio stations. When we go in to make a record, I own my record, so I make money off of it from the first sale of it. It’s really ironic because it’s actually the people in Nashville that don’t exist to me rather than the other way around.

Your last album The High Life had such a great vibe on it. You did a lot of covers, including a couple of songs from The Band and your sister Robyn Ludwick, and you feel like you’re in Texas, laid back, listening to good country music a Gruene Hall or something. Is that what mainstream country is missing these days, just the laid back enjoyment of music?

Yeah, I think so. When you look back at the heyday of radio, whenever that was, it definitely wasn’t what it is right now where every single song—like probably everyone I saw that video where the guy mixed a bunch of radio songs together—and they’re all the same beat, they all say the same exact words and everything. Just when you think something couldn’t get more homogenized and totally soulless—I consider what Nashville is putting out as a product and not an artform in any way, shape, or form.

And it’s my fan base that gives me the freedom to say that, because I don’t have the fear of any kind of repercussions of any record label or anything like that. I can speak as freely as I want to because of the amazing fan base that we have down here. So it isn’t like I have anything to lose by pissing off some Nashville big wig. And I’m just really glad my comments shined a light on how some people just shit on other people’s dreams.