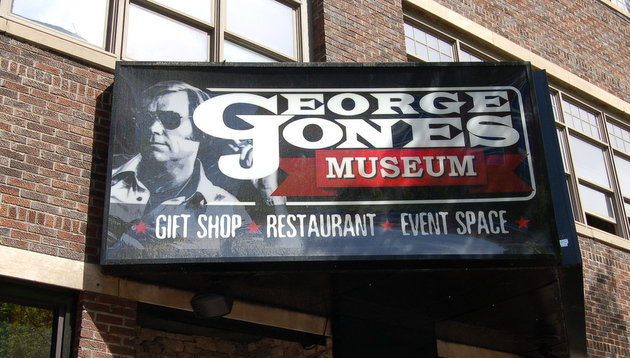 Thursday (4-23) saw the grand opening of the brand new George Jones museum in downtown Nashville near the Lower Broadway district at 128 N. 2nd Ave. Performers such as Ricky Skaggs and Dierks Bentley showed up to peruse the 44,000 sq. ft. facility that has plans for a restaurant and music venue, along with many exhibits on the life and times of George Jones. The opening comes just ahead of the 2 year anniversary of George Jones’ death on April 26th, 2013. 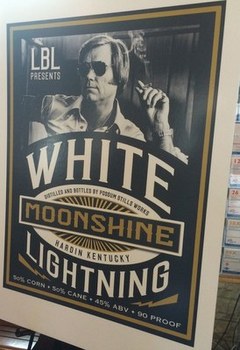 Included in the museum is a gift shop that features numerous George Jones-branded items, including “He Stopped Buggin’ Her Today” bug spray, and “White Lightning” moonshine that raised some eyebrows when it was first announced since Jones had such struggles with alcohol his entire life. The museum will also feature a moonshine tasting bar, but they may have to find a new source for the homespun alcoholic beverage.

The Silver Trail Distillery in Hardin, Kentucky who makes the George Jones White Lightning moonshine exploded Friday (4-24) just before 11:00 a.m. Two workers were injured in the explosion, and were airlifted to a local hospital with major burns. The owner Spencer Balentine was not at the facility at the time of the explosion and arrived shortly after according to WPSD. The distillery was working on a large order of moonshine for the George Jones museum at the time of the explosion. One of the injured workers is said to have started working at the facility recently.

The George Jones Museum was able to open in record time. The property was only purchased by George’s widow Nancy in January. Construction workers and designers worked around the clock to meet Nancy’s desire to open the museum on the same weekend of George’s passing.