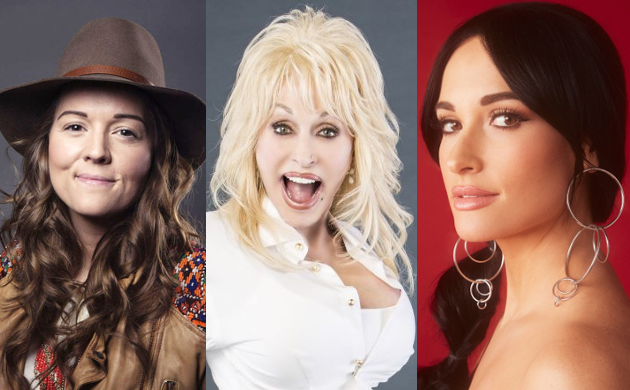 They Grammy Awards have much greater implications than just some trophies to collect dust on the mantles of artists for years to come. The point of presentations like the Grammy Awards is to be an economic engine behind artists recognized by their peers in the industry for excellence. In 2019, the recipients of some of the biggest awards and screen time were worthy country artists, and that has translated into some big sales and streaming boosts.

Kacey Musgraves has been stuck at the top of the iTunes charts ever since she won four total Grammy Awards Sunday night, including Best Country Album and the all-genre Album of the Year for Golden Hour. Along with surging streaming numbers across all platforms that will be finalized next week when the new charts surface, Golden Hour saw a 597% sales boost in the Grammy wake, and Kacey’s new single “Rainbow” saw a 9,430% spike. Musgraves also performed “Rainbow” during the presentation. Granted, sales for Musgraves before were nearly flat, but the sales numbers validate that listeners are taking the Grammy wins seriously, and converting them into interest.

Brandi Carlile also did very well after the presentation. Though all of her three Grammy Awards came during the pre-telecast Premiere Ceremony, her monster performance of her Grammy-nominated song “The Joke” (see blow) caused a surge of 2,771% in sales. To many critics and viewers, Brandi Carlile had the performance of the night.

And possibly most surprising and heartwarming is that Dolly Parton also saw a big sales boost due to the multi-artist, multi-song tribute she was treated to during the 2019 Grammy Awards. “Here You Come Again,” “Jolene,” “Red Shoes.” “9 to 5,” and the Neil Young song “After The Gold Rush” that Parton performed with the famous Trio supergroup (with Emmylou Harris and Linda Ronstadt) surged an average of 700% in the moments after the Grammy Awards.

The overall Grammy impact will be measured when the weekly charts are published next week, especially since most consumers these days stream their music as opposed to purchasing it via physical copy or download. But Pandora has provided some data about the moments proceeding the 2019 Grammy Awards that give us some insight on where the streaming numbers might be headed, and once again country music artists come out on top in the largest percentage gains.

Brandi Carlie had the biggest gain of all on Pandora with a spike of 1,254%, speaking to the power of her performance of “The Joke.” Kacey Musgraves was #2 with a 870% spike. And Dolly Parton once again enters the equation, with the #9 overall Grammy boost on Pandora, with a spike of 419%. Little Big Town also did surprisingly well for their participation in the Dolly Parton tribute, lifting 702% for 5th place on the Pandora format.

Expect Golden Hour and “Rainbow” by Kacey Musgraves, By The Way, I Forgive You and “The Joke” by Brandi Carlile, and well as select Dolly Parton albums and tracks to spike on the charts next week. As for the ratings of the Grammy Awards themselves, they were mostly flat in 2019, down 5% in the key 18-49 demographic, with overall viewership up from 19.8 million in 2018, to 19.9 million this year.