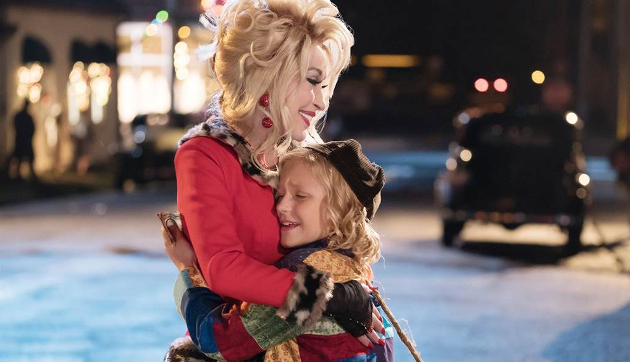 More movies based off the iconic songs of Dolly Parton are on the way, and this time they will be distributed through the streaming giant Netflix. Announced this week, Dolly Parton has signed with the subscription service to debut eight new movies based off of her legendary songs in the coming months and years.

Parton first ventured to put one of her songs into movie form with Coat Of Many Colors on NBC. Based off of her landmark song from 1971, the movie was a ratings smash, attracting over 13 million total viewers, which made it the most-watched made-for-TV movie since 2012. A sequel the next year raked in 11.5 million viewers, and kept the franchise on pace as a successful TV series. However the 3rd installment based off of Parton’s song “Jolene” never moved forward via NBC. Now Netflix will make sure Parton’s original idea for making many of her signature songs into movies continues.

Once again Dolly Parton will act as executive producer and appear in the movies, with Warner Bros. Television underwriting the effort. Sam Haskell, who also worked with Dolly on the first two movies, will also make the move over to the Netflix production. So far nobody is saying whether NBC just didn’t want to continue the series despite the very strong ratings, or if Netflix outbid NBC for the franchise. Either way, it’s alive and kicking, and headed to a Netflix-enabled device near you.

“As a songwriter, I have always enjoyed telling stories through my music,” Parton said in a statement. “I am thrilled to be bringing some of my favorite songs to life with Netflix. We hope our show will inspire and entertain families and folks of all generations, and I want to thank the good folks at Netflix and Warner Bros. TV for their incredible support.”

No word on when the next installment may see the light of day, or if it will be the previously-promised “Jolene” episode, or some other subject.