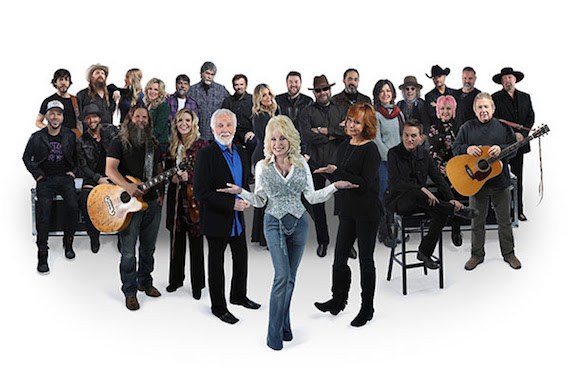 As if we needed another reason to love Dolly Parton, the Queen of the Smoky Mountains made good on her promise to help her friends and neighbors significantly affected by the recent wildfires in eastern Tennessee that ravaged Gatlinburg and surrounding areas, and came within yards of Parton’s Dollywood resort. Tuesday (12-14) evening Dolly Parton and a cavalcade of participating artists raised nearly $9 million so far through her Smoky Mountains Rise: A Benefit for the My People Fund telethon.

And they’re not done counting the money yet. Since many donations were mailed in, more money is expected to be accumulated in the coming days. Over 1300 families were displaced by the wildfires which affected Sevier County, Tennessee due to what authorities believe to be arson. The Dollywood Foundation’s My People Fund has pledged to provide $1000 each month for six months to every family who lost their primary residence.

“I am overwhelmed by the generosity of the people who have donated from all over the country and to my friends who donated their time, their talent, and money for My People,” Dolly Parton said. “The response has been so overwhelming that we haven’t been able to count all of the donations yet; right now, in total, we have raised about $9 million dollars for the folks who lost everything in Sevier County.”