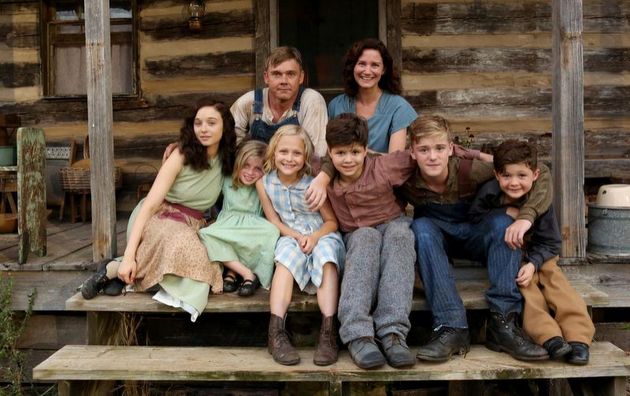 Well, now we know why Ricky Schroder never graduated to the big screen despite his heartthrob status, and why Jennifer Nettles is known more as a singer instead of an actor (though it’s fair to call into question her singing skills as well). But isn’t it refreshing to see something based around the history of a country music legend, and a film that the whole family can enjoy together, find such success. And say what you will about the schmaltzy, Hallmark TV-movie aspect of the flick, it resulted in a good moral, and Alyvia Alyn Lind who played the 9-year-old Dolly Parton really stole the screen and made the movie worth watching.

Bolstering the theory that when the narratives of traditional country music are actually given a chance in popular culture, they shine from the way they unite people and speak to individuals universally, Dolly Parton’s made for TV Coat of Many Colors blew the doors off of ratings Thursday night (12-10) on its way to becoming the most watched TV movie or miniseries in the last three years.

Coat of Many Colors drew the biggest audience on Thursday by some 1 million viewers, growing in each time slot as the movie went on, and peaking at 13.2 million viewers during its final half-hour. That means more folks were tuning in instead of tuning out. To put it in perspective, the movie got roughly as many viewers as the 2015 CMA Awards, whose rating fell from previous years.

The film was set in the Great Smoky Mountains in 1955 when Dolly was growing up, and is an expansion of her legacy song “Coat of Many Colors.” When the film was first announced, it was said to be part of a wider series spanning Dolly’s life. With the success of Coat of Many Colors, this likely means we will see more Dolly-based films in the coming months and years.

You can now watch the film in its entirety below.