No, Dolly Parton did not have to mortgage the farm to pay for the production of her new album Blue Smoke released last week, but she is letting loose of a little hacienda in West Hollywood, California she’s owned since 2007 for anyone who can scratch together a cool $1.39 million and really likes the color pink. Dollywood West is located at 9060 Harlan Ave. in the coveted Norma Triangle neighborhood. It has 2 bedrooms and 2 baths with a total of 1,091 square feet of space, and one of the most ornate paint jobs you’ll see this side of Walt Disney World.

The listing says this “gated mini compound” features “warm hardwood floors throughout, plantation shutters, motorized skylights, hand painted details, built-in A/V equipment, security system complete w/cameras and newer central HVAC.” And believe it or not, Dolly Parton isn’t the only famous person to call 9060 Harlan home. It was also the digs where West Side Story actress Natalie Wood grew up. According to real estate records, Dolly paid $1.2 million when she purchased the place 7 years ago.

Leave it to Dolly to live in style, but you must take a look at the last picture of the 2nd bedroom, which features the feng shui-less situation of putting an open toilet and a refrigerator within arms reach of each other, and the bed. Convenient, yes. Maybe a little too much so. Though in truth, the room probably dubs as an efficiency, so the handy appliances make sense. 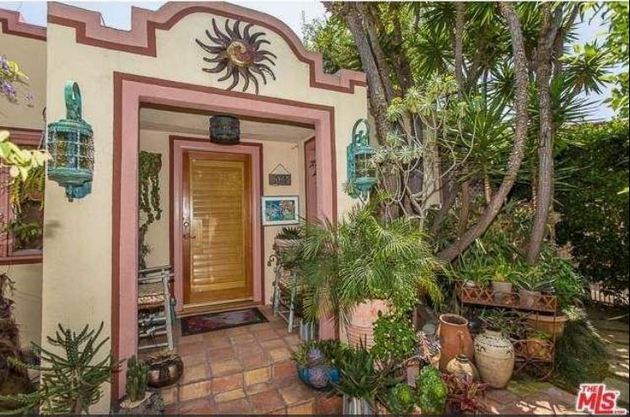 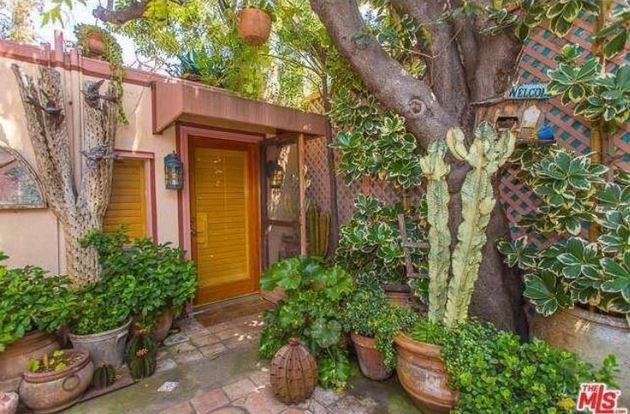 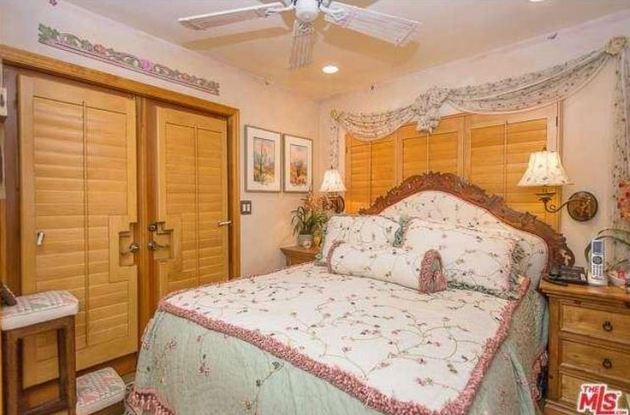 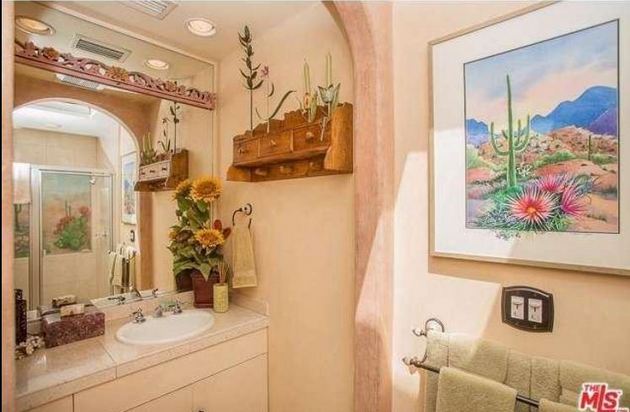 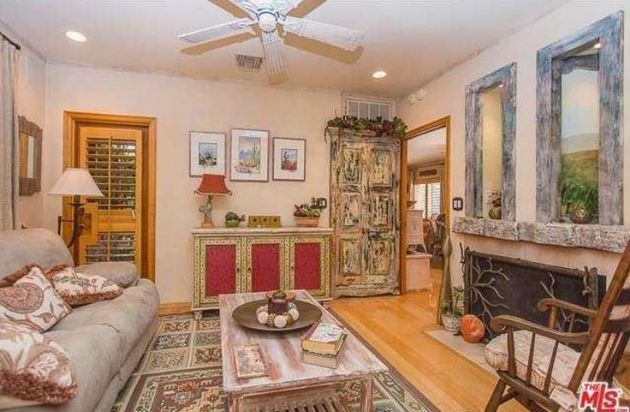 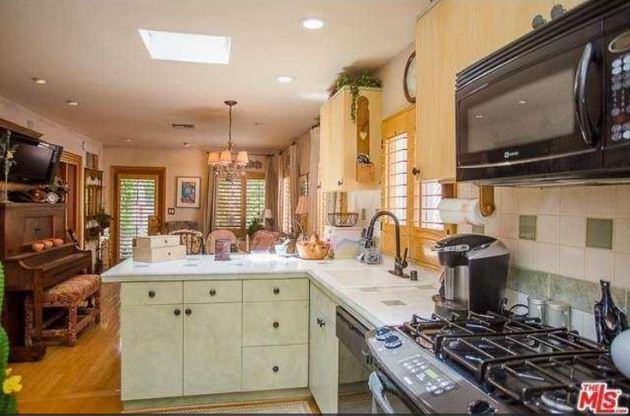 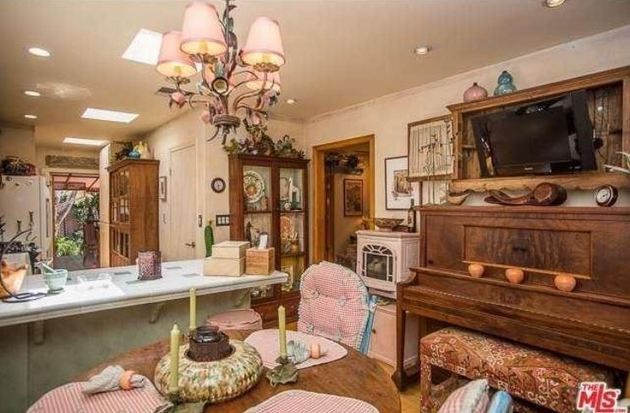 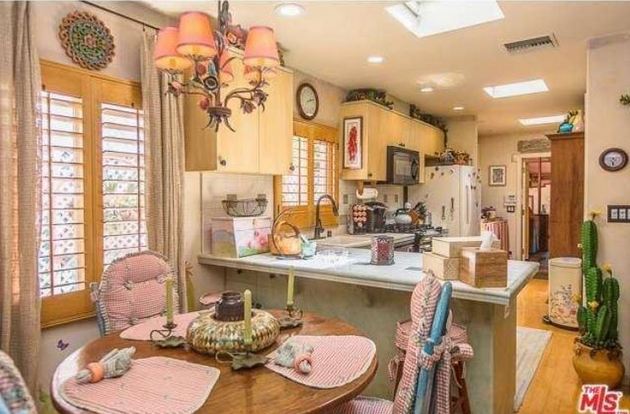 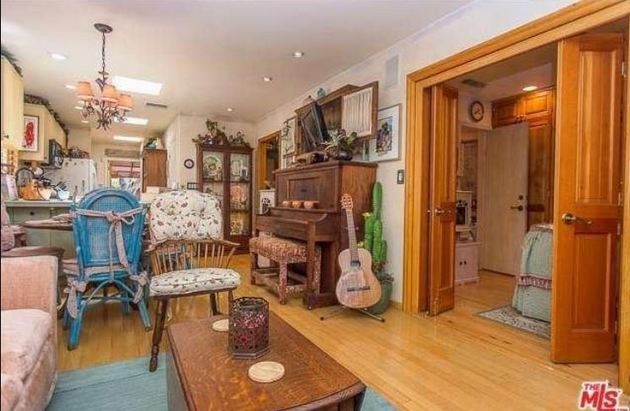 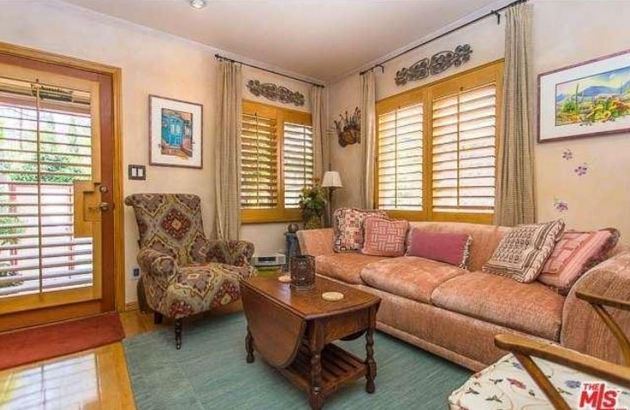 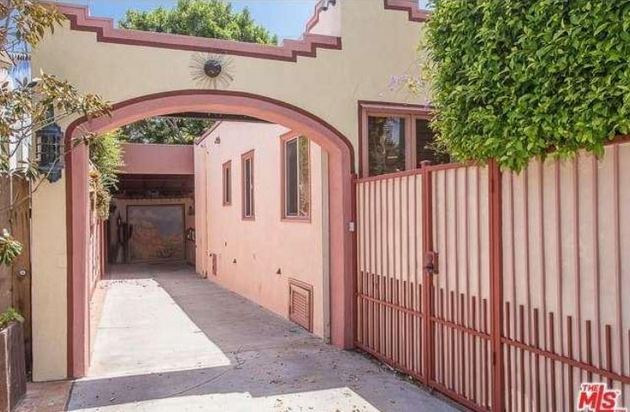 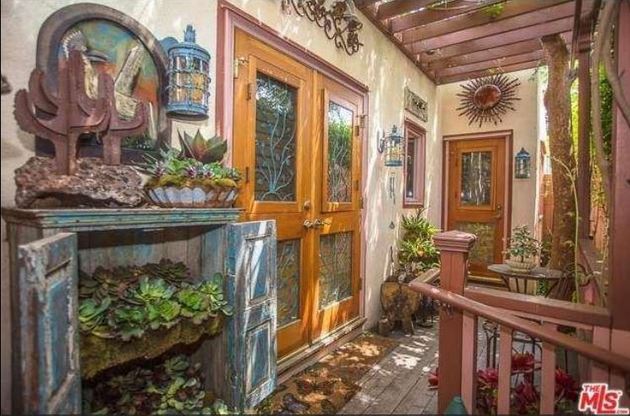 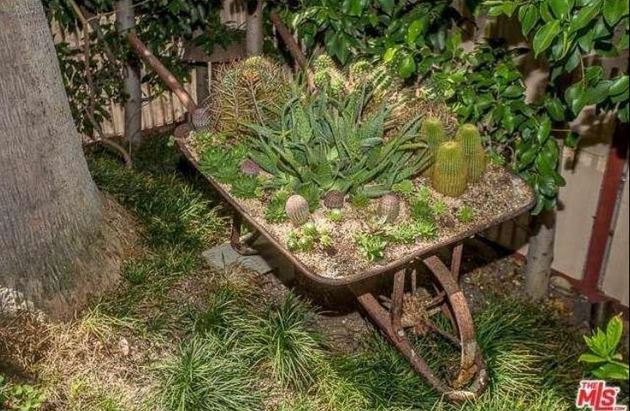 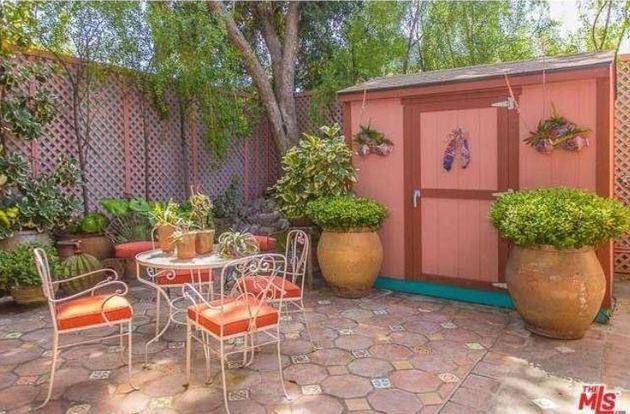 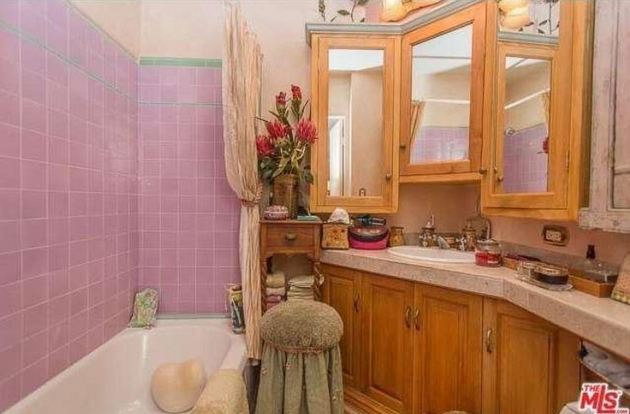 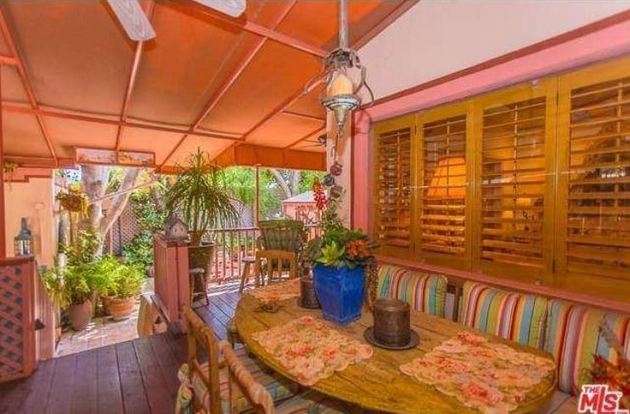 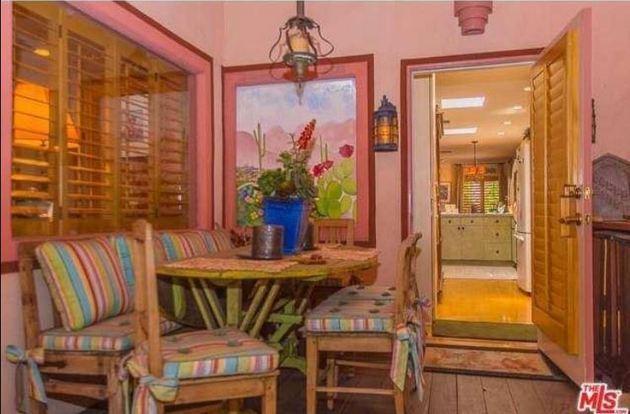 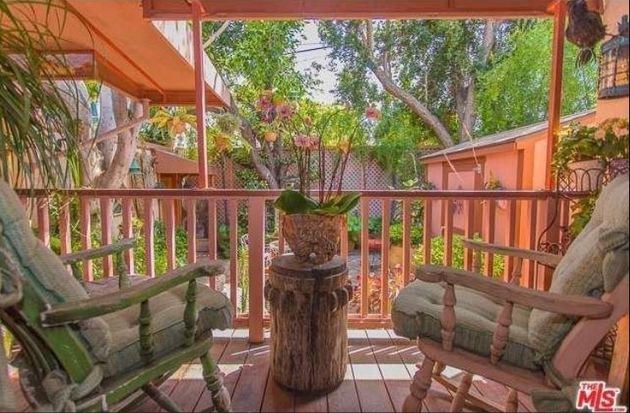 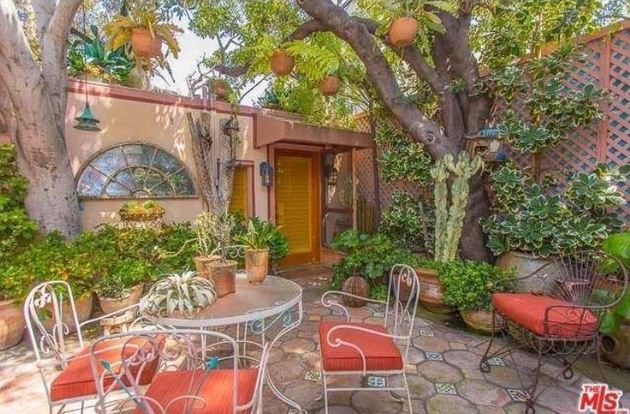 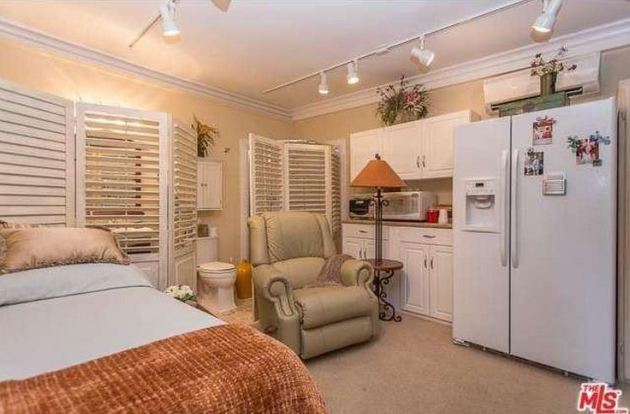