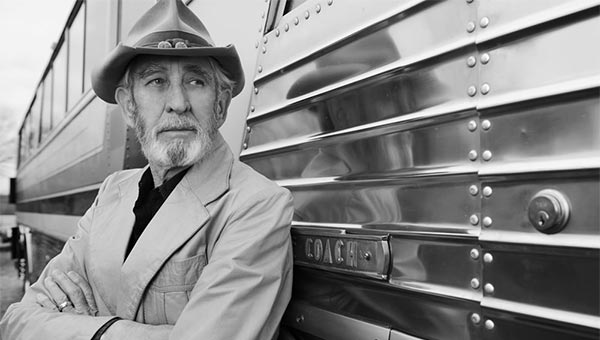 We hear it all the time. It pursues us throughout our daily lives. It seems to be one of the eternal lessons of life. Yet no matter how much we all believe in the message and take it into our hearts, it is amazing how easily we stray from taking time, slowing down, and appreciating the important things in life and living in the moment. Because no matter how much you tell yourself how paramount this is, there’s an endless world of priorities and distractions awaiting you on your phone, on your computer, and on your television. You can preach the virtues of slowing down all you want, but the best way to drive the message home is by example, and this is what the wise-minded, and golden-throated guru of classic country music Don Williams does on his new album Reflections.

The message wouldn’t have so much meaning behind it if it wasn’t so obvious Don Williams practices what he preaches. He had his day of moving and shaking in the music business (5 CMA Male Vocalist Trophies & seventeen #1’s to be exact), and when it was obvious that the industry had put him out to pasture, he didn’t shake his fists in anger or reconfigure his image to appeal to the younger generation. He was appreciative of the time he spent in the spotlight, and stepped back to rest on his laurels and re-evaluate his priorities. Even now that he’s re-ignited his career of sorts by releasing two albums in the last three years, it seems like he’s doing it only as a dabbler; to get the devil out of him so to speak, so that music doesn’t pursue him in his mind as he tries to relax and revel in his golden years. 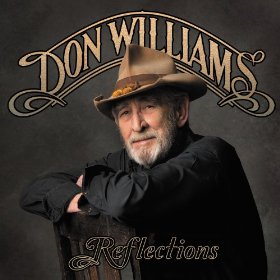 This is the attitude and approach that Reflections is recorded with—slow and easy—like Don told his wife, “I’ll be back for supper,” and then went out for an afternoon to cut an album of songs that he believes in and lives by every day. Then as producers, engineers, and label people labored to get this record ready for release, it was the farthest thing from Don’s mind as he takes a late breakfast and heads out fishing.

Where Reflections outdoes his 2012 album And So It Goes is in the song selection. Don Williams can sing anything and make it gold, and one of his greatest assets is being able to sing a song that performed by any other artist would come across as sappy, and make it somewhat cool and more universally appealing. But there’s a little bit of swagger, a little bit of grit in some the songs of Reflections, not necessarily in the words, but just in the attitude. Selecting a song from Townes Van Zandt in “I’ll Be Here In The Morning”, and from Merle Haggard in “Sing Me Back Home” which refers to Merle’s stint in prison, gives this album some gravel, despite the otherwise smooth and subdued approach of the music. Yet these two famous covers still sit well within the theme of the album of appreciating the small things in life.

Reflections is much more than just the easy listening country it may appear to be on the surface. It’s an album with a message, and leads by example. Instead of whining about the state of country music, it does something about it.

The laid back, gentle-of-mind ease drips from this album like the sweetness of sun-drenched dew. Sometimes it’s simply implied, and other times it’s directly spoken, like in the appreciative and well-written “Working Man’s Son” or the song that ties the entire theme of Reflections together, “Back To The Simple Things.” Enough can’t be said either about the Townes cover “I’ll Be Here In The Morning”. Like when Willie and Merle took “Pancho & Lefty” to another level, Don Williams’ touch on this song immortalized it, and in a different time it would have been a super hit.