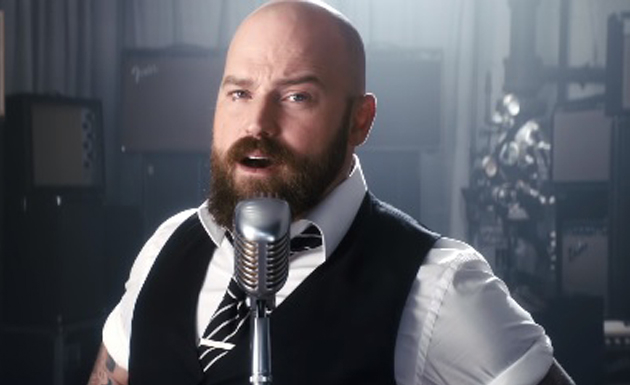 Can we go back to the time when the biggest worry we had with The Zac Brown Band was that his song “Chicken Fried” was a precursor to Bro-Country? Remember that moment in 2009 when he took the stage at the CMA Awards and ripped into a badass version of “Devil Went Down to Georgia” and had us all pumping our fists, or that time he called out Luke Bryan’s “That’s My Kind of Night,” saying it was the “worst song ever“? Can we make a wish on a genie, or have Dorthy tap her ruby slippers together and transport us back to the beanie-wearing version of Zac Brown?

There is no one that has presented a more manic, disjointed front to their music in the past few years than The Zac Brown Band. Actually, I take that back. Somehow The Band Perry is actually worse. That’s a whole other story though. But after Zac Brown returned to his roots with his 2017 record Welcome Home, he’s back dabbling in EDM with his latest single “Someone I Used To Know.” And just in case you thought maybe it was an isolated lead radio single and were holding on to shimmers of hope that the new record would be country at least somewhat, Brown has let it be known you can expect his new music to be an amalgam of sounds and influences.

Speaking to Billboard recently, Brown said, “I’d rather not have a label at all. This is going to be a really good exploratory record—there’s a lot of rhythmic elements added to what we would normally play onstage, and then there’s going to be stuff that’s really stripped-down and real. It’ll be a good mixture of everything.”

I love how Zac Brown inadvertently admitted there that the other stuff he’s playing probably isn’t “real.”

He then goes on to say about the approach to his new, still-untitled album, “We’re working with some of the best pop producers ever on this album, and it’s going to have their influence on it. There’s a lot of diversity on this album, as there is on all of our records—with the exception of [2017’s] ‘Welcome Home.’ We kind of went back to more acoustic [style on that album], but this album’s not that. This one is more exploratory in different ways, but still has stuff that’s down the middle … A lot of these songs are going to be really fun to play and fun to perform because they’re interactive. A lot of them have callbacks where the audience can sing back with us, and some of these were written to play in stadiums and big venues.”

Frankly this is part of a greater pattern from Zac Brown where he appears to be obsessed with trying to take over the world. Late in 2018 he unveiled an audacious plan to launch a new umbrella company to manage all manner of business ventures he hopes to be a part of, ranging from food, clothing manufacturing, feature film production, artist developing, custom design in a range of applications including wood, metal, and leather, as well as outdoor products, including building waterproof outdoor Bluetooth speakers which you can also store your valuables in. You know, for that special someone who has everything.

“We’ve been working towards this development for years,” says Zac Brown “My team and I are more than ready to roll out our roster of unique brands that embody our latest vision of delivering consumers a genuine American experience. It’s an exciting time for us and we can’t wait to show the world what we have to offer.”

How about just working with your team on music that doesn’t completely suck?

We’re now bordering on Kanye West level of megalomania from this guy. When Taylor Swift hit it big, she launched a fragrance and starred in some Diet Coke commercials. Zac Brown hasn’t cracked the Top 10 on country radio in nearly four years, and is trying to become the Amazon of country music lifestyle branding, even though he doesn’t want to be considered country. Because you know, we can’t restrict his “creativity.”

Anyway, if you’re a country fan, don’t get your hopes up when it comes to the new Zac Brown Band album. That’s all I’m saying, even though it probably goes without saying at this point. And that sucks, because despite all the detours Zac Brown has taken his band on in his quest for EDM superstardom, The Zac Brown Band is still a collection of some really damn talented individuals.