Don’t Let Grammy Drama Overshadow The Gravity of the Awards 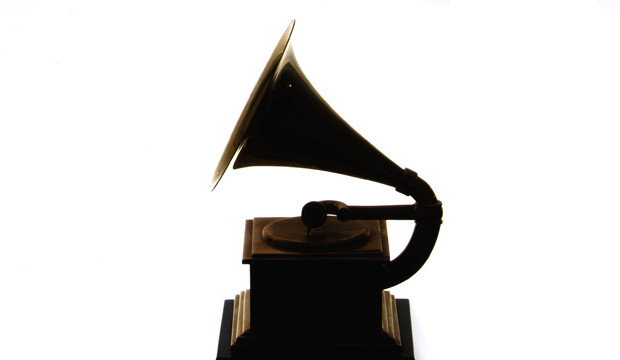 If you want the latest saucy details on the scandal rocking the Grammy Awards and their suspended CEO, sorry to disappoint. That’s not what this is going to be. In fact a significant part of the problem here has been how the media is exacerbating the situation by sharing leaks, sensationalizing already sensational unverified accusations, and in some cases, spreading what will likely be proven in the future to be outright lies in order to siphon as many clicks out of this story while being gamed by both sides.

Most everyone is swept up in choosing what side to be on in this situation and making sure their side wins like so often happens in these politically polarized times, as opposed to seeing the forest for the trees and letting the facts come out in a cool-minded approach. And it’s not just enough to claim victory over one’s adversary in debates on issues where a mutual respect still persists after the dust settles. One’s ideological foes must be completely vanquished and wiped off the face of the earth. And in the case of this Grammy fracas, it seems few if anyone is thinking about the music itself, or the artists who on Sunday will get the opportunity to experience something they’ve dreamed of happening from the first time they chose to pursue music, which is hearing their name called to receive a Grammy Award.

And no, this isn’t just about the Lil Nas X’s, Billie Eilish’s, and other big names of the music world who get to enjoy their moment during the television broadcast. This includes dozens of artists in regional music and niche genres, songwriters and composers, instrumentalists, people who’ve devoted their entire lives to music, and whose only opportunity to walk away with an award of merit for their efforts is from the Recording Academy. There are 84 award categories in total, not to mention that within the major categories, it’s not always the commercial powerhouses, but the critical achievers who receive an opportunity to win. And this says nothing about the importance that simply receiving a Grammy nomination can have for the career of a performer.

Let’s not to take anything away from the gravity of the charges suspended CEO Deborah Dugan has brought against the Recording Academy. These accusations should be taken seriously, thoroughly investigated, and addressed in a very public and transparent manner. But in Dugan’s effort to get a leg up on the Recording Academy in a short-term public relations issue, she and her surrogates lost focus on the long-term effects, as have the Grammys at moments in this ordeal during the heated and hurried back and forths. This issue has been handled like a divorce with bloodthirsty lawyers, not an Human Resources issue at a storied, non-profit institution. But The Recording Academy made an initial move to allegedly protect one of their employees from serious harassment, which is their legal obligation to do, and immediately launched a third party investigation which everyone should have waited for the results of before feeding the press salacious details in hopes of gaining advantage over the other in the court of public opinion.

If Deborah Dugan was in the right, eventually this would have been revealed, and her accuser and/or the Grammy Awards would be obligated to make it right to her. If Deborah Dugan wanted to back stop her side of the story, she could launch her own investigation and lawsuit on the back end as opposed to doing it publicly in order to put pressure on the Grammy Awards in the short term, and undermine Sunday’s presentation. Deborah Dugan has attempted to tear down the entire 60-year-old organization and sow doubt in everything that is “Grammy” to save face personally, sullying the reverence of what it means for these artists to receive a Grammy, either this year or in years previous. And many are rooting her on simply because they align politically with what they believe to be her ideology, even though the Grammy Awards are a decidedly left-leaning organization themselves. Now, some artists may even feel embarrassed if their name is called for a Grammy Award on Sunday, or at least conflicted. Taylor Swift has canceled a surprise appearance on the show due to the controversy (and leaked that info to the press so she can get credit for standing up against them for her own public relations win).

But none of this changes the fact that the Grammy Awards continue to be the only organization that regularly gets it mostly right when it comes to handing out accolades, putting critical performance over popularity, making sure most every facet of recorded music is included, and generally, not allowing race, gender, sexual orientation, or anything else to enter into the picture. If anything, the Grammy Awards are weighted unfairly towards minorities and the marginalized in 2020. Destroying all of that just because you want to get back at the Grammy Awards in public is unprofessional, selfish, and incredibly shortsighted. Deborah Dugan was not fired. She was suspended pending an investigation. Perhaps the Recording Academy could have figured out a better way to handle the situation as opposed to making the move right before the awards. But Deborah Dugan has gone beyond the pale with her accusations. If former CEO Neil Portnow was raping artists, Dugan needed to call the police, not race to the press in order to influence a pending third party investigation and public opinion.

The Grammy Awards got woke by hiring Deborah Dugan in the first place, and now they’re arguably in the biggest hot water in their 60 year history. That’s what happens when you succumb to politically-oriented bullies. If they sense you are pliable and apt to comply, they push more and more until its their ideology that reigns like an autocracy over your actions. And if you don’t willfully succumb to their every demand, they will work to destroy you. Canceled. Burn the entire institution to the ground, regardless of the greater ramifications or collateral damage. Everything is in play, and no holds are barred. This is the approach Deborah Dugan took. Where her presence within the Grammy organization could have been vital in rooting out whatever legitimate corruption or discrimination she found, she now wants us to throw the baby out with the bathwater, regardless of the qualifying points she may pepper between her accusations.

Is there corruption embedded within the Grammy Awards process? There is a good chance there is. Trying to find incorruptible men and women in the music business is harder than it is in the Mexican political system. The music business is rife with conflicts of interest, especially since the Recording Academy is a peer-run and voted-on organization, meaning instead of objective third parties choosing who is eligible for awards, it’s fellow artists, producers, and other industry professionals. But compared to something like country music’s ACM Awards, or other awards presenters like the American Music Awards that are television productions that put popularity first, the Recording Academy is the best thing we have, and should be respected as an institution, radically reformed if necessary, but most importantly, protected by all people who care about music, especially from the personal vendetta of anyone, whether it’s a popular artist who feels they’ve been wronged by losing an award, or an embattled CEO who can’t stand to see her name reflected negatively in the press, and decides to go scorched earth.

It meant something when Kacey Musgraves won the Grammy for Album of the Year in 2019. It meant something when Brandi Carlile won three Grammys in the often-overlooked American Roots categories before taking the stage and delivering a memorable performance in front of a huge television audience. Yola is up for four Grammys on Sunday, and if she wins, it will mean something as well. And regardless of what is going on behind-the-scenes, these wins and nominations already represent a diversity in music that is unparalleled and should be commended as opposed to second guessed at every turn.

Music still must remain a meritocracy, and one of the things about calls for diversity and inclusiveness is that they will never be fulfilled completely. Making sure that everyone is given equal opportunity to win awards must always be insisted upon. But don’t destroy what receiving a Grammy Award means to these artists, and means to music, just because we live in a moment where political vitriol is boiling over into cultural institutions like the Grammy Awards like never before. Commit to fixing whatever problems may present themselves as opposed to tearing an entire institution down that has 60 years of revered legacy shining a spotlight on those in music that actually deserve it.