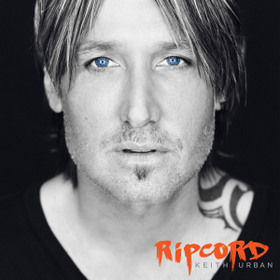 Ripcord is a synthy, shallow, rhythmic-centric gaggle of immediately forgettable efforts that is obsessed with the doings of early adulthood in an unhealthy manner for a 49-year-old perfomrer, and offers absolutely no type of statement or expression either sonically, lyrically, creatively, or otherwise.

What is the song that defines Keith Urban’s country music career? What is the moment when he contributed something lasting to the genre that changed its direction, and will be remembered for generations? Instead, Urban seems to be an expert at making mild efforts that are just sedate enough to be safe entertainment for the masses, and has sold millions of records now without ever doing anything of lasting value. Though his music may be unremarkable, maintaining his career at such a high level for two decades now while not really contributing anything has to be lauded as a remarkable feat in itself.

Ripcord starts out with eight seconds of a solitary banjo. And that eight seconds constitutes the entirety of the “country” effort on this whole record. Immediately after that eight seconds, you’re impacted by a thumping electronically-generated drum beat that doesn’t rest until the expiration of the final track. This album is so electronically-infused throughout, it gives Sam Hunt a run for his money for the most non-country country efforts ever released to the public.

There might not be a single live drum hit on any of the 12 tracks of Ripcord. And though some may mistake that as “bold” in itself, it was only after folks like Sam Hunt and Old Dominion broke ground in this direction that Keith Urban and a team of seven producers felt it safe enough to send Urban down this path to help save his career. In other words, Urban only went electronic when it became the most mainstream and safe thing to do in country music.

Ripcord spends the majority of its time trying to get laid, and elucidating on a very narrow window of life Keith Urban is 30 years removed from. “Sun Don’t Let Me Down” finds Urban allying with the totally worthless Pitbull, and is about begging the sun to not come up because it’s taking so long for the hapless protagonist to score.

“Boy Gets A Truck” is about the most overt adulation to the consumerist society ever conceived. It tries to convince the audience that to get the girl, you first have to get the truck. And then adds a multi-generational aspect to this misnomer by telling the story of the son of the guy who got the girl because he got a truck, turning around to beg his dad to let him borrow the truck so he can get laid and get a girl pregnant as well. It’s like the circle of life Symba, only eternally tied to $600-a-month title payments in a cyclical consumerist hell.

“Wasted Time” sounds like something off the Tron soundtrack, and its message of how the most precious moments in life are the ones when you’re not doing shit makes it the perfect ode to the sloth of modern escapism. Carrie Underwood’s presence can’t help “The Fighter,” which sounds like something from The Backstreet Boys circa the 90’s synth resurgence era.

Even when Ripcord tries to get deep, the production ruins it. The one, solitary song of slight songwriting substance is called “Blue Ain’t Your Color.” Set in waltz time and written like a classic country song, listeners wouldn’t know it without stripping back its exterior since the song is so reliant on the Roland drum machine beat, and is then loaded up with mainstream country buzzwords so listeners don’t lose their place. However it does expose that Urban can sing decently, and from recollection, listeners may remember he is respected as a guitar player. But little to none of that is showcased on Ripcord. Instead it is these EDM producers who are all over mainstream records these days—folks like “busbee” and Jeff Bhasker—who sit behind laptops and do their worst, while the studio musicians of Nashville call their brokers up to get advice on early retirement.

Ripcord is a mess, and presents Keith Urban as the ultimate country music tool. The final song “Worry ‘Bout Nothin'” has a line that goes, “Tryin’ to make the money but the money ain’t gonna make me,” but that is exactly what Ripcord‘s sole purpose is about. You’re telling me when Keith Urban was a kid and was dreaming about a career in country music that this is what he envisioned? Ripcord‘s entire mission is to hopefully usher in a 3rd decade of earning performance for a 50-year-old performer to for a record label completely out of ideas other than follow the leader. On this record, Keith Urban is nothing more than a vessel for focus group-tested and data-driven producers to make hyper-catchy rhythms to unlock the highest commercial potential in an aging franchise name that we all know will eventually succumb to the inherent ageism of the industry.