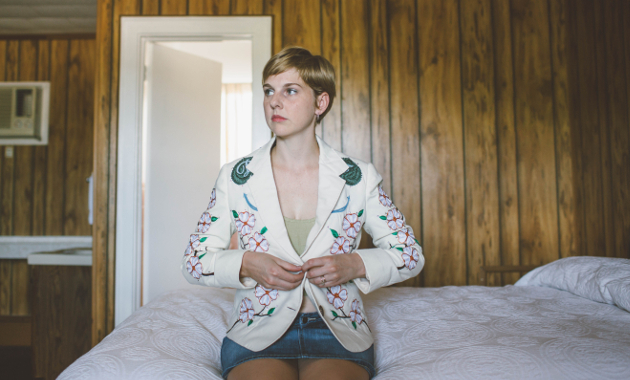 Dori Freeman was one of 2016’s greatest discoveries in country music with the release of her debut, self-titled album, scintillating fans and critics alike on its way to the top of many of the end-of-year lists. Now without wasting too much time in between releases and allowing the momentum to subside, she has announced her second album Letters Never Read due out on October 20th, once again produced by Teddy Thompson who did such a brilliant job with the first installment.

“I always want to put out something that’s a genuine representation of what I was going through at that point in my life,” says Freeman, who got married last year to drummer and banjo player Nick Falk who appears on the new album, as well as in Dori’s live show. “I’m happier now in general.”

Freeman, who is from the small town of Galax, Virginia, is able to woo audiences with songs that are delightfully simple, sometimes with no other instrumentation or accompaniment other than her own acoustic guitar, and sometimes singing a capella.

“I don’t try to overdo any songs or put on big theatrics. I think simple is better,” she says. “I think people have an idea of what this area in the country is like, and what that music sounds like, and it’s not necessarily a really nice picture that’s been painted. I want to break that stereotype down. I’m proud of where I’m from. And I want to bring that kind of music to a new audience in a different way.”

Freeman, who is now 26, dropped out of Virginia Tech and moved back home, having a daughter Osa at the age of 22. Instead of hindering her desire to pursue music, Freeman says Osa was her inspiration to pursue a career in songwriting and performing, for Osa and herself. Freeman’s father and grandfather were bluegrass performers, and she grew up around campfires and gatherings in Galax where the Appalachia roots influence was strong.

Letters Never Read features appearances by Teddy Thompson’s famous dad Richard Thompson, Aiofe O’Donovan, and Canadian duo Kacy & Clayton. Ahead of the new album, Dori has just released a new song called “If I Could Make You My Own” (listen below). “I wrote this song in 2015 after a very necessary time of being single,” says Dori. “I wrote it from my imagined perspective of what I wanted it to feel like when I fell in love again. I tried to write it in the lyrical style of a murder ballad, but from the opposite perspective (obviously).” 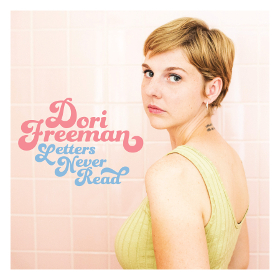