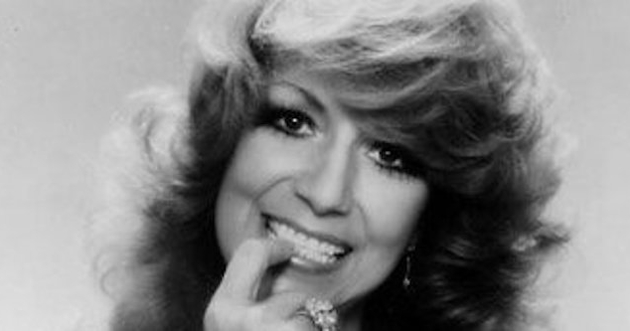 Dottie West was both a pioneering woman in country music, as well as a superstar in her era. She broke ground for women in the genre, and was the woman most responsible for making the men sound better as one of the genre’s most recognized duet partners for decades. Her legacy had long been overlooked, but not anymore.

On Tuesday (3-27), Dottie West was announced as the latest inductee in the Veterans Era for the Country Music Hall of Fame in a press conference held in the Hall of Fame rotunda in Nashville, hosted by Garth Brooks and Trisha Yearwood. Dottie’s daughter Shelly West, as well as performer Jeannie Seely were there to accept the distinction on Dottie’s behalf.

Dottie West died in a car accident in 1991 frantically trying to make a set time at the Grand Ole Opry. If not for this tragedy, likely her legacy would have loomed larger in modern memory, and it wouldn’t have taken so long for her to be put in her rightful place among Hall of Fame elites. It was just one of many tragedies that marked her otherwise successful career and life, including a high-profile bankruptcy and automobile accident in 1990 before her death, and the death of her friend Patsy Cline in an airplane crash in the early 60’s. West was the oldest of 10 children from a poor family raised in McMinnville, Tennessee. Her father beat her and sexually abused her, and eventually was sentenced to 40 years in prison where he died. Dottie West’s life was very similar to a heartbreaking country song, but the legacy persevered.

Dottie West was the first ever woman to win a country music Grammy Award for her 1964 Top 10 hit, “Here Comes My Baby Back Again.” This was just one of many distinctions that would make her career Hall of Fame worthy, including a total of 11 Grammy nominations. Over 15 years later, West would earn her first #1 hit—“A Lesson in Leavin'” which would give way to two more, “Are You Happy Baby?” and “What Are We Doin’ in Love,” a duet with Kenny Rodgers. Eventually, the combination of Dottie and Kenny would give way to two more #1’s, and make the commercial influence and success of Dottie West stretch into three decades. Don Gibson, Jim Reeves, and many more all benefited from Dottie West’s voice during their careers as one of country music’s go-to duet partners.

But it was Dottie West’s own music that had the most impact. Songs such as “Would You Hold It Against Me,” “What’s Come Over My Baby,” “Paper Mansions,” “Like a Fool,” and “Country Girl” made her a fan favorite, and forged a legacy still filling the hearts of true country music fans today.

Dottie West will be formally inducted into the Hall of Fame in a Medallion Ceremony to be held later this year. Fiddle player Johnny Gimble, and musician/performer Ricky Skaggs were also named as 2018 Hall of Fame inductees.