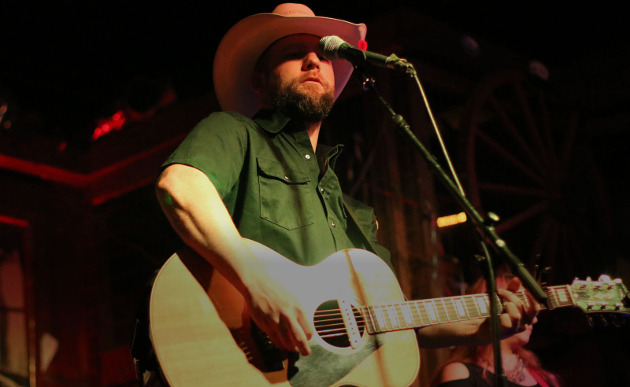 If you want to know why folks outside of Texas and Oklahoma are gravitating more and more towards the country and roots music coming from the region, there’s a quantity of viable reasons. It’s partially due to the music being grounded and respectful of the roots, but also not being too constricted by them, allowing artists to stretch their legs a little bit, build in rock n’ roll sensibilities if they wish, while still staying true to themselves and the Texas sound. It’s because songwriting is emphasized across the board in Texas and Red Dirt music, with even the most small-time contributors being heralded by their peers.

But beyond the music, the reason Texas evokes a romanticism is because it isn’t just a state, it’s a state of mind. Texas and Red Dirt artists have picked up on that, and incorporated this romanticism into the music, and yes, in deeper ways than some of the cliche Texas Regional Radio #1’s about pretty Texas girls and Lone Star Beer. There’s a sense of freedom and independence the state calls to mind, both spiritually and musically. Even if some of the artists in Texas don’t play the music you want to hear, you know they’re playing the music they want to hear, and you can respect that.

If you want to listen to a fine example of a record and an artist who embodies this Texas spirit in sound, song, and substance, Drew Moreland and his self-titled debut with his backing band The Neon Hustle is a great place to start. The nine songs announce the Luckenbach regular as an up-and-comer worth paying attention to, and one of those songwriters in Texas that the bigger artists will cut a song from while he builds a respectable foundation to begin pushing his own name to the forefront of festival posters and radio charts. 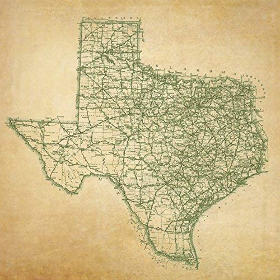 This isn’t a songwriter record though, this is a Texas country barnstormer with hardcore honky tonk songs mixing a little bit of an Outlaw growl and bite. Like legendary Texas songwriters before him such as Billy Joe Shaver, this self-titled album finds Drew Moreland pinballing between sin and redemption, traditional values and the tests of temptation, sometimes winning, but often losing.

A song like “God & Cash” may come across as preachy if it wasn’t so honest-feeling coming from Moreland’s perspective, and if wasn’t included on the same record as “Hayden County” about hunting down a two-timer, or a song like “Prayer of an Outlaw.” The frailties and failings of love are also well-represented, and though Moreland’s gritty voice isn’t pretty in the traditional sense, it fits his road-wearied stories just about perfectly, and elevates the imagination to help visualize the stories as he sings them.

These are story songs, not booty shakers or boot scooters, even if they happen to get you moving too. They’re songs about breakups, bad ideas, and worse outcomes. “Road Stone” speaks to the kind of life an independent Texas performer must succumb to in order to make a name for himself. “North Wind” feels very relevant with the state of flux much of Texas is in as population inflow and the traditions and norms of the state try to hold on in the face of modernization.

And everything on this record is framed in the dying West Texas sun colored blood red by the sand as it melts into the asphalt of a lonely highway. “You Call It Texas, I Call It Home” is like a Texas version of “The Ride.” But don’t worry, this record doesn’t beat you over the head with its Texas-isms. The Lone Star State just frames the music thematically, gives the songs their textures and hues, and whether it Texas or somewhere else you originally hail from, it invokes a sense of home and identity most anyone can relate to.

Texans are sure proud of where they’re from, and sometimes a little too much where it comes across as arrogance to people from other regions. But that doesn’t mean the state doesn’t have its fair share to boast about, especially when it comes to home growing superb country music talent like Drew Moreland and this debut record.