Dustin Lynch Injured / Hit in the Face with Full Beer Can 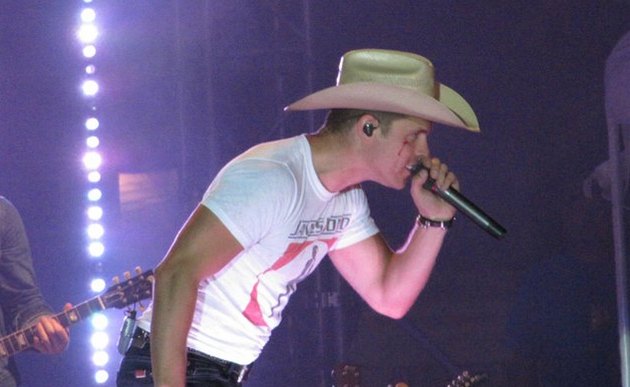 Friday night’s otherwise peaceful festivities at the 38th Annual Boggy Bayou Mullet Festival in Niceville, FL were temporarily interrupted when a patron threw a full beer can at Dustin Lynch on stage, causing a gash below his left eye that had the performer in the hospital receiving stitches.  The incident also caused a small brawl to ensue in the crowd where the beer can was thrown from.

“We had an excellent show, beautiful weather, and had a very large Friday night crowd which just kept growing,” event producer Ron Johnson explained to Saving Country Music. “We’ve been doing this for 38 years and never had an incident. There was so much energy level being created by the band and Dustin, he came back off the stage and got a large champagne bottle. We have a runway which goes out into the audience, and he shook up the bottle and sprayed it off the end of that runway onto a good bit of people. And when he did that, one of the people that got sprayed took offense to it, and immediately threw a can up.”

As can be seen in the video below at roughly the 1:35 mark, after Lynch sprayed the crowd, the beer can hit him right as his bass player came out on the runway. “I was walking down the catwalk and just wham, out of nowhere this beer can just nailed me in the face,” Dustin Lynch told People Magazine. “It was a completely full can and it felt like a baseball had hit me.”

But the show went on with blood dripping down Dustin’s face. “Dustin just handled himself incredibly,” says Ron Johnson. “After getting hit, instead of being negative and upset he said, ‘Hey, I’m not going to stop.’ He finished his show, great attitude, great show, and after he actually came out and gave out photos and autographs. It was a great night, and he handled himself very professionally.” 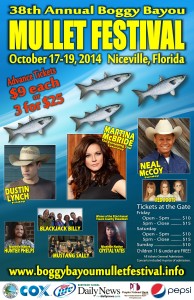 Meanwhile the beer thrower is still at large, though authorities have numerous videos to help track the individual down. “We have actually found him on video and pinpointed him out. Now we have a reward out just to identify him. We have a $1,000 reward to identify who this gentleman is.”

Ron Johnson says the incident is unusual for the festival. “We’ve had lots of things thrown, just people being stupid, but never where something actually landed on one of the entertainers. It just happened to be one of those freak things where it landed perfectly. And when he did that, the gentleman that threw it, the people that were around him, it ticked them off, and they started pushing him. They took retribution on the guy. And that’s when the ‘if you want to call it’ brawl happened against him. We had plenty of security everywhere, but trying to get in to those people, it took some time for police and security.”

Ron Johnson says he was at the side of the stage witnessing the whole thing close to where it happened. “We don’t even have fights here. It sounds strange when you have Niceville, but this is truly ‘Niceville.’ It’s like going to paradise. I do events all over the Southeast, and this is one of the best events we do anywhere. It just one of those things where he reacted to getting sprayed.”