Eat Your Heart Out Bill O’Reilly : Country Music’s Misogyny Is Right Out in the Open 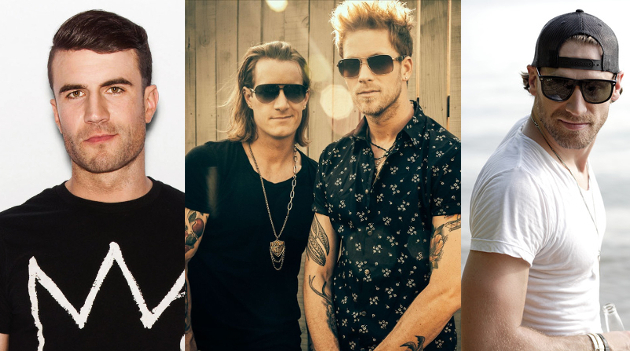 Many of the lyrics to today’s modern country songs would get the respective artists immediately fired for sexual harassment in most of America’s workplaces. The amount of filth that finds itself onto country radio either through innuendo or direct language is something that has been on the dramatic increase over the last few years, an non-coincidentally has paralleled the virtual eradication of female participation in country music playlists aside from the few pop outliers. Don’t preach to me about the intrusiveness of political correctness in society, I’m just making a point here by drawing parallel examples.

There is a time and place for everything. Words exchanged in a honky tonk aren’t necessarily appropriate for the 9 to 5 world. Some artists in country music may employ salty language as a form of performance art or creative expression (see Wheeler Walker Jr. et al), but that doesn’t mean that material should be broadcast out on the public airwaves owned by the people, and that are meant for a family-appropriate audience.

Sometimes it’s hard to define the line of demarcation between decency and debauchery, especially when innuendo is applied. But at other times it is all spelled right out in language that would be legal grounds for termination in most any place of employment. If you told a co-worker “Get your little fine ass on the step, shimmy up inside” like Chase Rice says in his hit “Ready, Set, Roll,” something tells me that would not looked fondly upon by superiors.

Right now Sam Hunt’s current single “Body Like a Backroad” is poised to become the biggest country hit of the summer, a massive crossover success in pop, and could go on to be the longest-charting #1 song in country music history if form holds. How would a phrase like this be looked upon by the HR Department?

The way she fit in them blue jeans, she don’t need no belt
But I can turn ’em inside out, I don’t need no help
Got a hips like honey, so thick and so sweet
It ain’t no curves like hers on them downtown streets

The duo Florida Georgia Line are the kings of sliding inappropriate lines out in modern “country” songs, phrases like “Stick the pink umbrella in your drink” from the song “Sun Daze,” or “Let me stay inside your drink” from “Bumpin’ The Night” are just a few examples of the scores of lines from current country songs that could get you 86’d from your job, but seem to be just fine to put out there on what used to be the most family friendly spot on the radio dial. How about the line “Free Fallin’ into your yum yum” from Steven Tyler’s foray into country music, “Red, White & You”? The line was Tyler’s effort to fit into country music’s current misogynistic trend; to be like Florida Georgia Line and others.

Though this trend is more prevalent now in country music than it’s ever been before, that doesn’t mean that country music was devoid of of such language in the past. Look no further than some of Conway Twitty’s biggest hits, like “Tight Fittin’ Jeans,” or the line for Waylon Jennings’ #1 hit “Luckenbach, TX” that says, “The only two things in life that make it worth livin’, is guitars that tune good and firm feelin’ women.” What a terrible line from an otherwise great song, by the way.

Yet through the era of Conway and Waylon, and even way before that with Kitty Wells and Loretta Lynn, the female perspective on life was also represented in country music, and so was their music on the radio. Culture is the reflection of the times, and vice versa. The misogynistic perspective toward females in country music has become sort of a self-fulfilling prophecy where women are now being systemically downgraded and seen as second class. The progress to re-introduce the female perspective on country radio has been mostly symbolic, isolated to a few artists like Kelsea Ballerini who are not country anyway, and aided by guilt instead of a true appetite to make sure all perspectives on life are represented.

Right now in the Billboard Country Airplay Top 40, there are a total of three songs from solo females, and none in the Top 5. That is 7.5% representation. If you had that type of discrepancy in a workforce, especially for a job that isn’t naturally inclined to be favored towards one gender over another, that would be grounds for a class action discrimination lawsuit in itself.

And it’s also worth pointing out that many of country music’s most inappropriate lines are coming from artists in their 30’s and 40’s, about females in their late teens and early 20’s.

The truth is we have no idea why Bill O’Reilly was fired from the most prominent seat in cable news commentary. The allegations against him could all be false claims from money-grubbing hussies looking to take advantage of his celebrity by blackmailing hush money for completely false accusations.

But in pop country music, the way women are looked upon, and the way they’re spoken to is spelled out right there in the songs. This isn’t a “he said, she said.” No witnesses are needed to testify. No hidden cameras or recording devices are necessary to catch the accused red handed. Just turn on 98.1, and give it a listen.