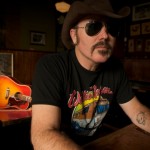 The sometimes rocking, sometimes countrified front man of the legendary Pacific Northwest band The Supersuckers, one Eddie Spaghetti, is ready to go with a new album release through Bloodshot Records called Sundowner on Feb. 15th. As one of the first bands to mix 80’s-style punk rock with country on their 1997 release Must’ve Been High, and collaborations with people like Steve Earle, The Supersuckers and Eddie Spaghetti live in a unique world where they have skins on the wall and respect from both the country and punk world.

This new one is more country than punk, with Del Reeves’ “Girl On The Billboard” not only supplying a track, but the inspiration for the cover as well. And though officially this is an Eddie project, many of the Supersuckers are still involved, as I highlighted when he signed with Bloodshot:

Joining me for this recording will be none other than the amazing Mr. Scottzilla Churilla. He’ll be pounding the “dead skins” like the mo-fo that we all know him to be. Also helping me out with some tasty guitar licks will be the incredible “Metal” Marty Chandler. Who will be channeling his fabulous country guitar work into my new thang. (So, unless Dan Thunder Bolton shows up and puts some magic on it, we’ll have three fourths of the Supersuckers on this thing. Nice!)

Word is Eddie’s son Quattro also appears on the album.

LISTEN TO “NEVER THOUGHT I WOULD” from the album!

Sundowner can be pre-ordered on CD, and will also be available on vinyl. Watch for a Saving Country Music review closer to the release date! 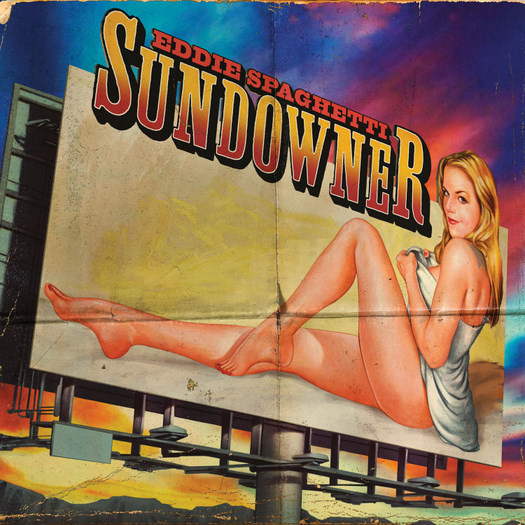