Trigger Down with Pop Country 33 Comments 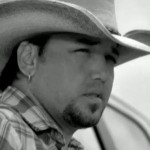 The last week of July 2011 will go down in history for when Jason Aldean’s country rap “Dirt Road Anthem” crested the #1 spot on the charts for all of country music. Pop songs and just plain bad songs swap out the #1 spot in country all the time, but here’s six reasons “Dirt Road Anthem” hitting #1 is significant.

It is actually a miracle that “Dirt Road Anthem” has avoided the #1 spot until now. When Jason performed the song on the CMT Awards in early June with Ludacris, it was already a top video on CMT. The video of the live performance quickly became a top CMT video as well, but radio programmer’s reluctance to feature it prominently on the airwaves kept it out of the top tier spot on the charts. For once, the colusiveness of country radio worked in the favor of people with any musical taste…until now. Apparently public demand has won out, and there’s no reason to think we won’t see more country rap creeping on to the airwaves hereafter.

#2 Pop country is no longer in the hot seat

When Taylor Swift won the CMA for Entertainer of the Year in 2009, we thought it couldn’t get any worse. Well guess what, it did. Like water, the devolution of country music will find a path. Now instead of pop country standing in the crosshairs of traditional country fans, or considered the lowest tier of country music by outsiders, there’s a new whipping boy. Country rap and the “New Outlaws” have made many nostalgic for the days when American Idols were the worst thing you could hear on country radio.

#3 Jason Aldean is now viable candidate for Song, Album, & Entertainer of the Year

Not only is “Dirt Road Anthem” now a #1 single, it has been in the top 5 for two months. This is not a flash in the pan, and Aldean’s album My Kinda Party is already the best-selling country album of 2011 so far, even beating Taylor Swift’s stalwart Speak Now. Jason Aldean is undeniably a country music superstar, and he, his album, and this song, are serious candidates for top honors at this year’s CMA Awards. All of a sudden Taylor Swift winning the awards does not seem like such a bad alternative.

I still believe “Dirt Road Anthem” was written at least partly in jest, just like most the songs penned by the country music Grimmace. Mainstream country music has now become a joke, literally, and watch as the line forms to the left of country music franchise personalities looking to cover or collaborate with Colt. Colt might also see enhanced radio play for his own songs. Despite the big sales numbers for his albums, he’s received little to no radio play, but now that the country rap cherry is popped, people will be demanding more. And Colt Ford apologists can no longer say he’s just an average Joe on the outside looking in. Ford is now a major force in mainstream country music, and as long as he doesn’t blow his royalties on chicken and biscuits, probably a fairly wealthy man.

#5 The Mono-genre is no longer a theory, it is a reality.

People who laughed at your lovable Triggerman when I asserted that all of music was coalescing into two super-genres that would eventually meld into one big mono-genre, with country taking a submissive role to rap in that formation, now have some explaining to do. Country rap is not just a garden-variety sub-genre that was bound to pop up, it is the ruler of the roost. And tell me, where are the songs with country themes or styles in the hip hop charts?

#6 A new crop of country rap songs/artist are on the way.

Just like how you can blame a blizzard on a rash of births nine moths later, the Music Row machine undoubetdly is being retooled to meet the burgeoning country rap demand, and we will be seeing the results in the upcoming months. The only question is, in what form will it be? Will we see established artists adopting the new style, sort of like the rash of country checklist songs we see coming from a wide swath of previously-known acts right now? Or will it be the popularization of the Colt Fords and Moonshine Bandits of the world? Even before the trend begins in earnest, country rap has the markings of a flashpan fad that will be used as comedy fodder for future generations.