Trigger Down with Pop Country 26 Comments 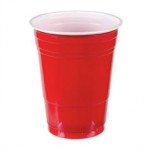 I know I shouldn’t care about the Academy of Country Music Awards (ACM’s), who just announced their 2012 nominations. I know that they will always live in the shadow of the much more revered Country Music Association awards (CMA’s), and as country award shows go, the ACM’s are the ones rife with the practice of block voting, i.e. labels, entities, and artists horse trading votes in a quid pro quo process to create the desired nominees and winners according to Music Row politics.

But if I don’t care, and we don’t care, who else will? Certainly the ACM’s don’t care, and lack any respect for themselves if they are going to nominate Toby Keith’s “Red Solo Cup” for single and video of the year. This wouldn’t be the first time the devoted country music fan had more respect for a country music institution than it had for itself. And this comes on the heels of me finally coming to grips with this stupid song and many others of its ilk, knowing that one of the lessons that can be eeked out of it is to not take life too seriously. And it is intellectually easy to listen to this song, or look at many parts of life–the political climate or the economy–and complain that they are the worst ever, in a short-sighted take on the bafflingly-embarrasing evolution (or devolution) of human behavior and culture.

Yes, there’s always been stupid songs, but I fail to find the historical precedence of when they have been celebrated to this extent. Did Johnny Cash’s “A Boy Named Sue” or Roger Miller’s “Chug-a-Lug” walk away with hardware on awards night? Weird Al’s “Eat It” was more culturally relevant than “Red Solo Cup”. Tell me country music, is this really what we want to do? Is this really what we want to offer up to history so that future generations can look back and say, “Ah yes, 2012. The year of the dumb gimmick song about disposable drinkware!” Then again, my tagline for the song has been “A toast to the onset of Idiocracy”, so maybe it is a good representation of 2012, and I am more right than I want to be.

And if anybody comes here and tells me it’s fine because Toby Keith admits it’s a stupid song, I’m gonna go gonzo. Just because he admits it’s stupid, doesn’t mean it isn’t in fact stupid. It only adds a layer of culpability, as does the fact that the only way the song gets nominated is if Toby Keith and the label he owns pushes for it to be to the Academy.

What the hell is wrong with me not wanting to be embarrassed by country music? Please, tell me. Here I have created this dumb website with the word “country” in the title and built a life’s purpose around it, yet I’m sheepish to utter the title in mixed company, afraid to be associated with stupid songs and a sellout culture. Look at the film industry. There’s a reason comedy is not considered for The Oscars. If anything, they are slanted towards over-artistic frap, just to make sure without a doubt that history and folks with half a brain will take them seriously.

You could fall out of a boat and find a better song to celebrate than “Red Solo Cup”. Dammit, I am personally daunted and awed by the amazing expressions of the soul that pass under my nose every single day, and I go from tears streaming down my cheeks to throwing shit across the room at my frustration that I cannot get more of these songs in front of more people. In fact, here is one right now: