End of an Era: Redd Volkaert Takes His Final Bow in Austin 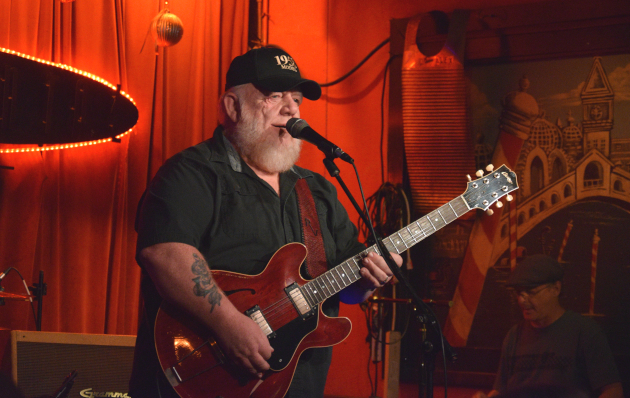 On Saturday, December 21st, 2019, the hottest show in the Live Music Capital of the World commenced at 3:30 in the afternoon, and came with free admission. It was Redd Volkaert’s final Saturday afternoon matinee residency at The Continental Club on South Congress, a spot he’s held for 20-something years. In those two decades, Redd Volkaert and his Saturday shows have become a fixture of Austin music. Whether you’re a long-time resident or an out-of-towner, it’s was the time and place to get a taste of some of the greatest music talent Austin, TX boasts. And just like many of the greatest assets in the Texas Capital it has come to an end, but not before Redd Volkaert was allowed to take a final bow, and his long-time fans gave him a proper send off.

“I ought to leave town more often apparently,” Volkaert joked as he walked out on stage to the thunderous applause of a capacity crowd. For two-steppers, the Volkaert happy-hour is a favorite, but there was little elbow room to spare this afternoon. “We had a couple of threats from the dancers here to make everybody move, and get out of the way so they can dance,” Volkaert joked. “It doesn’t look like it’s gonna go so good.”

But people got to swinging just fine after the first couple of songs as Redd and his 3-piece band performed songs that ranged from Western Swing, to straight country, to blues, jazz, and classic rock. “Little Old Wine Drinker Me,” “Hello Walls,” Lefty Frizzell’s “Forbidden Lovers” all made appearances, as did “The Letter” by The Boxtops, and “Jessica” by The Allman Brothers Band. Like it has been seemingly forever, it was 1 1/2 hours of Redd holding court, and short break, and then another 1 1/2 hours. And the price is whatever you choose to drop in the tip jar to see one of the greatest living guitar players up close and personal.

Originally from Vancouver, Canada, Redd Volkaert moved to Alberta where he got his first serious start as a professional musician, and eventually moved to Southern California in 1986. It was there that he ran into a young Dale Watson, who would ultimately convince Volkaert to move to Austin. But before Redd would become a resident of the Lone Star State, he spent some 11 years in Nashville primarily as a live performer, playing with the likes of Ray Price and The Statler Brothers among others, and eventually behind Merle Haggard in his famous backing band “The Strangers.” This is where Redd arguably made his biggest mark on music.

But Redd never quite liked it in Nashville where most of the musician work was centered around studio time as opposed to the clubs and honky tonks like in Austin. So eventually Volkaert ended up taking Dale Watson’s advice and moved to the Texas Capital, and for some 20 years has been playing at Austin’s famed Continental Club on Saturdays, and then with the supergroup Heybale! every Sunday.

Redd Volkaert announced in November that he would be leaving Austin at the end of 2019, deciding to move to another town known for music, Galax, Virginia. “For me its just time for a change and new chapter,” Redd said. “I’ve been in Austin 20 years, longer than anywhere I’ve ever lived, so its time to move along. Austin has been an awesome music/people place. After all its where I met my wonderful wife.”

But Redd isn’t moving on from music. He’s already booked a couple of shows in North Carolina and Tennessee for January with another guitar legend, Bill Kirchen, that they’re calling, “Two Fools on Stools.” Redd also promises he will be seeing fans out on the road here and there playing his own shows and behind others like he’s always done. Who knows, Austin may see him back in his Saturday time slot at some point just for old time’s sake. But he won’t be there next week, and you can’t blame long-time fans for being a little sad when realizing that. Redd will be playing with Heybale! again before he leaves officially on December 29th.

Redd Volkaert is leaving, but his legacy and contributions to Austin, TX will remain. Volkaert is a maestro of the electric guitar, on par with the esteemed virtuoso’s of any instrument, even if he resides in the beer-stained world of country. He proved that once again while holding court at the Continental Club for his final show. Austin was lucky to have Redd as long as it did, and Virginia will be lucky to have him now.

So long Redd. You were once a Stranger, then your name became synonymous with Austin. But your music belongs everywhere, and your contributions run like a vein through all American roots music. 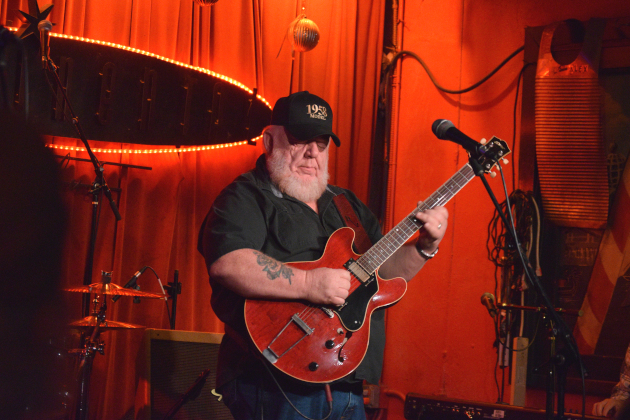