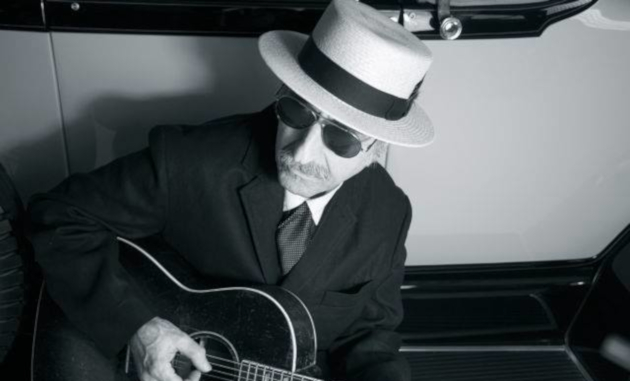 If you’re a fan of old time music, then you’re a fan of Leon Redbone. The last of the pure Vaudeville and Tin Pan Alley performers who mixed together blues, ragtime, jazz, and other roots styles that would have fit perfectly on the early vestiges of the Grand Ole Opry stage, he was a living, breathing, musical preservationist, who dazzled audiences with his rich voice, splitting humor, and possessed on the the most recognizable warbles in the 80’s singing television theme songs and appearing in soundtracks to movies.

Leon Redbone died Thursday, May 30th at the age of 69. In typical Leon Redbone fashion, the official press release announcing his passing professed he was 127. Witnessing him perform and how he single handedly helped keep the old time songs and musical styles of the teens and 20’s alive, and breathed new life into timeless compositions, you could almost believe him (he would regularly joke he personally penned songs first heard 30 years before his birth).

Born August 26th, 1949 in Cyprus under an unknown name, Redbone moved to Canada in the 1960s and officially changed his identity to Leon Redbone, rarely or never breaking character as a Vaudeville throwback when performing throughout his career. He began playing in Toronto in the 70’s, and signed a contract with Warner Bros. in 1975. Redbone has the rare distinction of being the musical guest on Saturday Night Live twice in the show’s inaugural season, speaking to his cult following hip acclaim of the time. Many believed he was the alter ego of another performer, with Frank Zappa and even Andy Kaufman being implicated as the real man behind his signature dark glasses, and vintage fedora. But Redbone was all Redbone, and if he lived another life behind the scenes, it was second to his stage persona.

Pulling influences from as far ranging as Jimmie Rodgers and Big Crosby, Leon Redbone helped trace the roots of popular American music right back to its origins, and found a wide following, especially after singing the theme song to the 80’s TV show Mr. Belvedere. Redbone released 16 albums over his career, and has influenced a number of modern throwback roots performers such as Pokey LaFarge that see the purity in bridging performance with public persona. Artists from Bob Dylan to Jack White regularly sing Redbone’s praises, even though for most of his career, you could characterize Redbone as a niche, under-the-radar performer, though any child of the 80’s would immediately recognize his voice.

As his career went on, Leon Redbone signed to Rounder Records, and later released albums independently as his popularity waned. He officially retired from performing in 2015, and remained an enigma all the way until the end, punctuated by the press release that went out announcing his passing.

It is with heavy hearts we announce that early this morning, May 30th, 2019, Leon Redbone crossed the delta for that beautiful shore at the age of 127. He departed our world with his guitar, his trusty companion Rover, and a simple tip of his hat. He’s interested to see what Blind Blake, Emmett, and Jelly Roll have been up to in his absence, and has plans for a rousing sing along number with Sári Barabás. An eternity of pouring through texts in the Library of Ashurbanipal will be a welcome repose, perhaps followed by a shot or two of whiskey with Lee Morse, and some long overdue discussions with his favorite Uncle, Suppiluliuma I of the Hittites. To his fans, friends, and loving family who have already been missing him so in this realm he says, ‘Oh behave yourselves. Thank you…. and good evening everybody.’