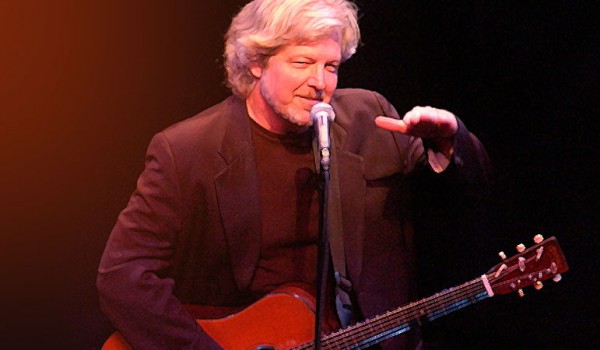 The original Willis Alan Ramsey album released in 1972 is the stuff of legend. Considered one of the very foundations of the Austin music scene that was just starting to emerge as a point of national interest at the time, the enigmatic songwriter recorded 11 original songs for Leon Russell’s Shelter label, and they would go on to be covered by the likes of Waylon Jennings, Jerry Jeff Walker, Jimmy Buffett, Jimmie Dale Gilmore, Lyle Lovett, Shawn Colvin, and others, with Ramsey’s song “Muskrat Candlelight” being made a hit by both America and Captain & Tennille under the title “Muskrat Love.” Today, songs like “Satin Sheets,” “Ballad of Spider Jon,” and “Northeast Texas Women” are considered standards in Texas and beyond.

What made the original Willis Alan Ramsey record so legendary is that it was such a tour de force of songwriting, and the only one Willie Alan Ramsey ever released. For years a followup record was rumored, but never saw the light of day. The mythology behind it began to take on a life of its own as people salivated for its release. Eventually Willis Alan Ramsey drifted out of the music scene entirely, moved to England in the 80’s, married songwriter Alison Rogers, without the second album seeing the light of day. He moved back to the United States in the 90’s where he began to dabble with music some more, penning Lyle Lovett’s hit “That’s Right, You’re Not From Texas.” He resumed touring sporadically, but still not releasing his rumored second album.

When Saving Country Music profiled Willis Alan Ramsey back in 2009, rumors of a new album called Gentilly were beginning to swirl. In 2014, The Dallas Morning News profiled Ramsey, and at that point he was declaring the record almost done. Five years later, and nearly 48 years after the original Willis Alan Ramsey record was released, it finally appears like Gentilly will soon be a reality, at least it does at the moment.

Working with Bruce Robison as part of his music series called The Next Waltz, Willis Alan Ramsey has released an acoustic version of “Mockingbird Blues” (see below). It is one of the songs that is supposed to appear on the new record. Lyle Lovett, Tim and Mollie O’Brien, Tommy Malone, and Marcia Ball are all said to make appearances on the new album, with musicians including drummer Jamie Oldaker (Eric Clapton), steel player Bruce Bouton (Garth Brooks), Roscoe Beck on bass, and Viktor Krauss of Lyle Lovett’s band on guitar appearing on the record as well.

“I’m really happy with this record,” Ramsey tells The Dallas Observer. “I think it compares favorably to the first record. These new sounds are the same kind of sounds. I try not to waste people’s time. They’re written to have some sort of impact.”

At the moment a release is rumored for the spring of 2020, but just understand, we’ve heard rumors about Willis Alan Ramsey’s long-awaited second album before, and for nearly half a century. So don’t get too married to this idea until we have a proper release date, but for the first time we do have a new song.