Equal Time – The Best in Mainstream Country Music in 2014

Independent music fans love to say “90% of what the mainstream does is crap!” Well then it would stand to reason that 10% actually has some value. And in the interest of pragmatism and inclusiveness that is vital to the charge of Saving Country Music, it is important to not ignore when Music Row and mainstream artists get it right, but to celebrate these moments and achievements in hopes it breeds more of the same in the future.

Mainstream albums are given an equal chance in Saving Country Music’s end-of-year tabulations, so much so that in 2012, a mainstream artist and former American Idol alumni in the form of Kellie Pickler and her album 100 Proof won Album of the Year. Though maybe a stretch to call it mainstream, the Big Machine-signed Mavericks also beat out everyone else with their album In Time in 2013. But 2014 did not see one mainstream album make the end-of-year lists, so in the spirit of equal time, here are some of the best albums in the mainstream in 2014.

And please, to the diehard indies and purists, please don’t complain why we’re highlighting these albums here. If you want to see what comes most recommended by Saving Country Music, please check out the Album of the Year Nominees, and the 50 Essential Albums List.

And please feel free to share what you believe was the best in mainstream country below. 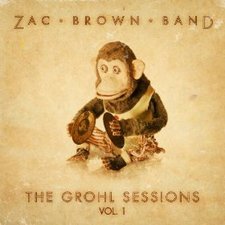 “The Zac Brown Band finds themselves in a position that most any other band or artist would be lying if they said they weren’t envious of: owning their own label, calling their own shots, and nestled in a niche carved out in the music world where they’re beholden to no industry or radio play or sound to ensure butts fill the seats at shows. At the same time they’ve enjoyed the gracious support of the country music industry, while still openly admitting they veer much closer to the Southern rock side of things, giving the band the latitude to experiment and collaborate outside the genre while receiving much more interest than flack.

“The songs of The Grohl Sessions are marvelously complex, yet still with a heart, still with a pentameter that never stops beating, keeping the music in a pocket, and the ear enraptured. It is a fair argument to say that country hardliners regularly bemoan hip-hop treatments to songs, but when it comes to blending rock & roll into country, it is more often given a pass. The Grohl Sessions are certainly guilty of being way more rock than country, with elements of blues and Motown soul. But nobody ever accused Zac of being country, and just because it isn’t country, doesn’t mean it’s not good.” (read full review)

Caitlyn Smith – Everything To You 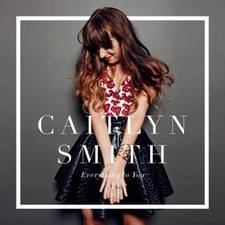 (Note: Depending on your perspective, Caitlyn could either be considered mainstream or independent. But since she’s written songs for major heavyweights and works mostly within the Music Row system, we’ll consider her mainstream for this exercise.)

“When you talk about an artist known as a songwriter first, you tend to look for the strength in the lyric. But Caitliyn Smith is very much a multi-tool performer, and her vocals can rival any in country music’s top tier, and she’s a great musician as well. Her style is very sensible country pop in the traditional sense, with rising choruses, juicy melodies, and familiar themes of love, loss, and hope. But similar to how Caitlyn Smith songs are the ones artists and managers gravitate toward when they’re looking for something with more body beyond a smash radio hit, instilled in all of Caitlyn’s work is a sincerity, authenticity, and the ends of country roots sticking out from the surface.

“2013 was considered by many to be the ‘Year of The Woman’ in country music from the concentration of forward-thinking and nourishing projects proffered to the public by females who could nip at the edges of the mainstream, but still find friendly ears in the independent world. Caitlyn Smith may be a year too late to be considered in that class, but she belongs with the other ladies of country music leadership trying to keep at least a modicum of respect in the genre, even if those women struggle compared with their male counterparts in chart performance and cash flow.” 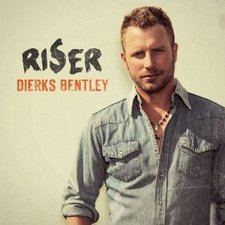 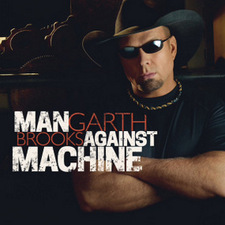 “The truth is, Garth was never going to live up to the lofty expectations many were foisting upon his re-entry into the country fold. Forget the naysayers who still can’t get over his high wire act at Texas Stadium or the Chris Gaines gimmick, there was some thought that Garth may be the only one left with the star power to reignite the spark of true country music in the mainstream once again, however ironic this may be given Garth’s history. But in hindsight, this was sort of like thinking Mike Tyson could still be heavyweight champion in the early 00”²s, or that Brett Favre could still win a Super Bowl.

“The purists will pan it because it’s Garth, and the mainstream may mostly ignore it because Garth is such an unknown quantity to their youthful demo. And everyone will question the wisdom of releasing ‘People Loving People’ as a single or the somewhat silly cover art. But Man Against Machine is a solid Garth record, with some sappy moments, some rock and R&B moments, but mostly just good contemporary Garth country worthy of at least an open-minded listen.” (read full review) 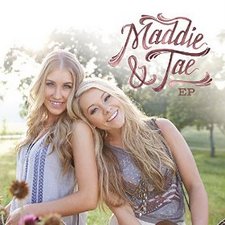 “Make no mistake, the emergence of Maddie & Tae is the result of tactical gaming of country music’s notoriously malleable masses by label types, but that doesn’t mean that the music can’t be any good. ‘Girl In A Country Song’ really didn’t help answer the question of, “Who are Maddie & Tae?” It exacerbated it. Were the hip-hop elements simply there for irony? Were these girls really influenced heavily by classic country as they said?

“So now the young duo has released a four-song EP, and all of a sudden a brand new set of parameters emerge. You do hear those classic country leanings in the songwriting. You hear fiddle solos and steel guitar by god. You hear two girls singing in close harmony with heavy twang about similar themes once championed by Tammy Wynette and Loretta Lynn. And you begin to realize that whether Maddie & Tae are a machination of Big Machine Records or not, their music truly is living up to the more traditional and tasteful approach they were touted as embodying when they first emerged.” (read full review) 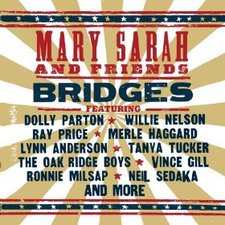 Close your eyes for a second, and envision a world where a young beautiful bubbly female star like Taylor Swift maybe releases a completely traditional country album, not of her own music, but of some of the standards from country music’s sainted past, and not just by herself, but as duets with the very stars that made the songs popular in the first place; the same stars who are very much being forgotten in modern country’s obsession with youth. Think of the possibility of how this could open up an entire new world of music to listeners who are too young to remember where country music came from, ostensibly bridging the future and the past.

Now, open your eyes back up, and you’re ready to enter the world of Mary Sarah and Bridges.

It’s real easy to lump Eric Paslay and his debut self-titled album in with the Bro-Country crowd because of singles like “Song About A Girl” and “Friday Night,” but a deeper listen to the project reveals a lot of depth of songwriting and some tasteful arrangement and instrumentation. A song like “Country Side of Heaven” isn’t too bad.

Jon Pardi –Write You A Song

Probably a little more fairly lumped in with Bro-Country than Eric Paslay, but still with much more to offer than most of the mainstream.

Not a good album, but was surprisingly more good than bad from the Big Machine artist. (read full review)

Brett Eldredge’s Bring You Back isn’t completely terrible either.

Best Song – Carrie Underwood’s  “Something In The Water”

“A wide, sweeping undertaking, ‘Something In The Water’ sees Carrie Underwood carve out the sweet spot for her voice and make an inspiring and faith-based composition the vessel to illustrate the mighty ferocity of her God-given vocal prowess, along with instilling the moments with an elegance and grace that in unison swell to achieve one awe-inspiring performance height.

“’Something In The Water’ is purely pop country from a stylistic standpoint, but draws heavily from country’s Gospel roots and the ritual of river baptisms to create the compelling narrative at the song’s heart. Though the “something in the water” colloquialism is not wholly unique in this context, the content is nonetheless refreshing in the way it disregards all concern for trends or tropes and instead shows confidence in Carrie’s voice to carry a tune to the top levels of widespread appeal. Resolving with the verses of “Amazing Grace” intermixed with the song’s melody, ‘Something In The Water’ traces a lineage directly back to the very primitive beginnings of country music, intertwining old roots among the song’s otherwise pristine and nouveau passages.”

And yes, if we’re talking about the top songs Florida Georgia Line’s “Dirt” deserves a mention.